Many more structural reforms in offing to propel growth: Kant

I think many more structural reforms are in the offing. The government has pushed for disinvestment, said the Niti Aayog CEO. 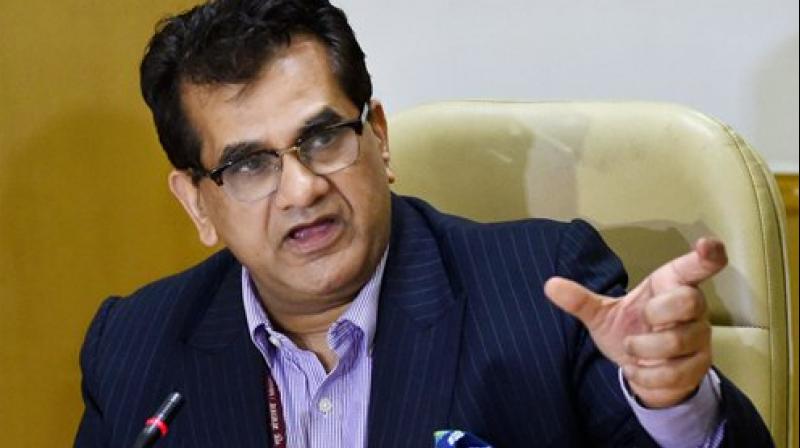 In the last five years, the economy has grown at about 7.5 per cent. The country's growth rate of 8.1 per cent in the last quarter of 2017-18 has fallen to 5 per cent in April-June, 2019-20, Amitabh Kant said at a World Economic Forum event in New Delhi on Thursday. (Photo: File)

New Delhi: There will be many more structural reforms by the government in the coming days to push economy to a high growth trajectory, Niti Aayog CEO Amitabh Kant said on Thursday.

The government announced a series of economic boosters including capitalisation of public sector banks, merging some of them, package for exports, and bringing down corporate tax rate, he said.

"I think many more structural reforms are in the offing. The government has pushed for public sector disinvestment. I can tell you we have pushed for asset monetisation in a very big way. Our belief is that instead of green-field projects, investors must come into brown-field projects," he said further.

Kant also said the government must be a facilitator, a catalyst and should keep itself out of business.