SIAM said the role of NBFCs is important in vehicle sales as they cater to customers mainly in semi-urban and rural areas. 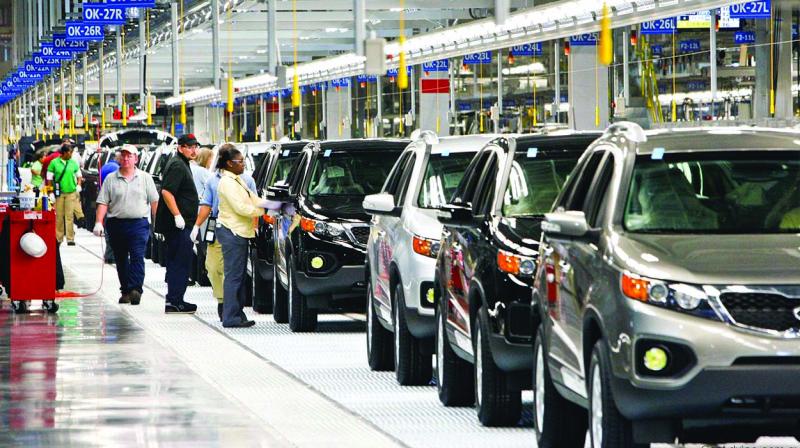 SIAM has urged the government to take suitable measures to promote flow of credit in the system to facilitate new vehicle purchases.

New Delhi: Automobile industry body SIAM has urged the government to take immediate measures to improve liquidity, especially in the non-banking financial company (NBFC) sector, in order to fuel growth in the sector which has seen sales drop month-on-month leading to even closure of various dealerships.

In a letter written to the finance ministry, the Society of Indian Automobile Manufacturers (SIAM) has urged the government to look into the matter on an urgent basis and take suitable measures to promote flow of credit in the system to facilitate new vehicle purchases.

SIAM said the role of NBFCs is important in vehicle sales as they cater to customers mainly in semi-urban and rural areas where credit availability from the banking sector is generally difficult.

"As a result of the recent liquidity crisis faced by the NBFC sector and increase in interest rates, vehicle financing in the country has been badly hit, more so in the rural areas," SIAM said.

The industry body added that the liquidity crisis has not only impacted the NBFC business but every stakeholder in the value-chain of vehicle finance like automobile dealers who are currently under tremendous pressure due to higher levels of inventory due to low retail sales.

Elaborating on the matter, SIAM said that with the introduction of GST, dealers now have to pay taxes upfront to the government at the time of purchase of vehicles from original equipment manufactures (OEMs), and availing input tax credit is a lengthy process in comparison to the pre-GST days where they used to get 45 days to pay taxes.

"This leads to need for more working capital requirement by dealers to run their business. Under current tightening situation in liquidity market, they are not being able to meet this requirement leading to decline in procurement of vehicles from OEMs," the industry body said.

Passenger vehicle wholesales in India witnessed the steepest decline in nearly 18 years, dropping by over 20 per cent in May, as continued weakness in retail offtake forced manufacturers to cut production in order to adjust to market demand.