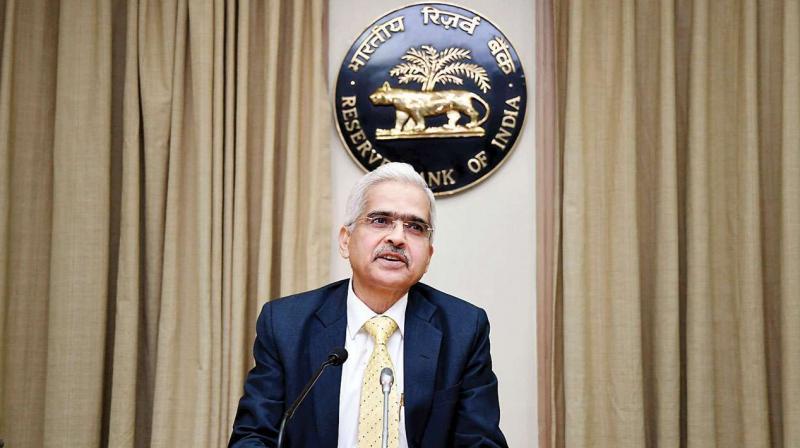 New Delhi: Reserve Bank of India Governor Shaktikanta Das on Saturday held a meeting with the heads of banks and reviewed the economic situation and implementation of various measures announced by it to reduce stress in the financial system amid the COVID-19 crisis.

The meeting, which happened in two separate sessions through video conference, saw participation of managing directors and CEOs of major public and private sector banks, the RBI said in a statement after the meeting.

In his opening remarks, the governor appreciated the efforts of banks in ensuring normal to near normal operations during the lockdown period.

During the meeting, among other matters, review of the current economic situation and stability of the financial sector among other things were discussed.

Implementation of three months moratorium on repayment of loan instalments announced by the RBI was also reviewed during the meeting.

The Supreme Court earlier this week directed the RBI to ensure that its March 27 guidelines directing lending institutions to allow a three-month moratorium to all borrowers is implemented in letter and spirit.

Monitoring of overseas branches of banks in view of the slowdown in economies across the globe was discussed, it added.

The Reserve Bank has announced several steps to ease the pressure being faced by borrowers, lenders and other entities including mutual funds and has promised to take more initiatives to deal with the developing situation.

The RBI has injected funds within the system towards lending. The reverse repo rate cut will discourage banks from parking cash with the RBI and encourage them to lend to the economy.

The Indian economy may be headed for a rare quarterly contraction during April-June as economic activities have come to a halt due to the coronavirus lockdown.

The government had earlier unveiled a Rs 1.7 lakh crore package of free foodgrains and cash doles to the poor to deal with the challenges posed by the outbreak  of COVID-19 pandemic.