Economic affairs secretary says RBI would shortly take a call on only withdrawal restriction of Rs 24,000 a week. 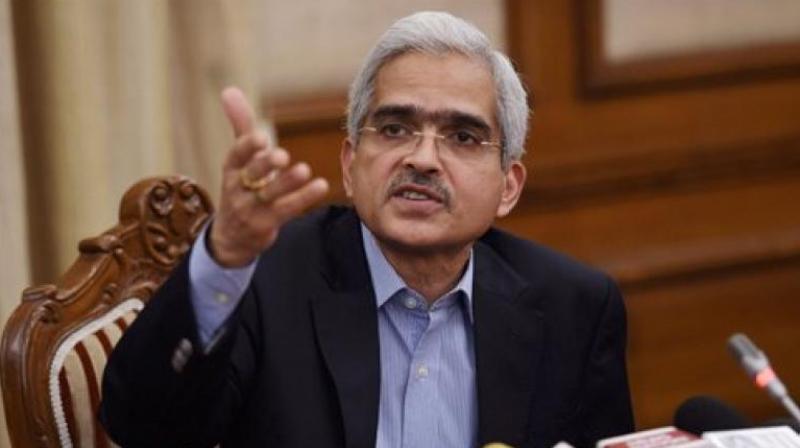 New Delhi: The exercise of remonetisation that began after scrapping of the old Rs 500 and 1,000 notes on November 8 is "nearly complete" as practically there are no restrictions on withdrawals, said Economic Affairs Secretary Shaktikanta Das.

"All restrictions have been removed except on savings bank account of Rs 24,000 per week. This (removal of withdrawal limit) is also a matter of time," he told PTI in an interview.

He further said currency supply and management are RBI's responsibility and the central bank will take a call in the near future on lifting the only remaining restriction, which is weekly withdrawal of Rs 24,000 from a savings bank account.

"Only a few withdraw Rs 1 lakh a month. Therefore, effectively and practically today, there is no restriction. I think the process of remonetisation is near-complete. I am using the word near-complete because this Rs 24,000 limit is there," he said.

The emphasis will be on providing lower denomination notes. Das said the remonetisation process has reached near completion in less than 90 days of announcement of the demonetisation by the Prime Minister on November 8.

"In less than 90 days, the whole process of remonetisation is almost complete. This speaks volumes about the way the remonetisation has been completed," he said. Earlier in the week, RBI announced lifting of restrictions on daily withdrawal of cash from current and overdraft account as well as ATMs.

The central bank also promised to review the weekly limit in the near future depending on the pace of remonetisation. The government and RBI had imposed limits on withdrawal of money from ATMs and bank branches in view of currency shortage following the cash ban.

Customers holding current or overdraft or cash credit accounts were allowed to withdraw up to Rs 50,000 in a week. Towards November end, RBI increased the cap on savings bank withdrawals to Rs 24,000 a week.

Early January, it was further relaxed to Rs 4,500 per day from ATMs, but retained the weekly withdrawal limits. On January 16, RBI enhanced the ATM withdrawals further to Rs 10,000 daily, while keeping the weekly limits at Rs 24,000.

The central bank also enhanced the limit on withdrawal from current accounts, overdraft and cash credit accounts to Rs 1,00,000 per week.