Monetary policy statement was arrived after a two- day meeting of the MPC headed by RBI Governor Urjit Patel. 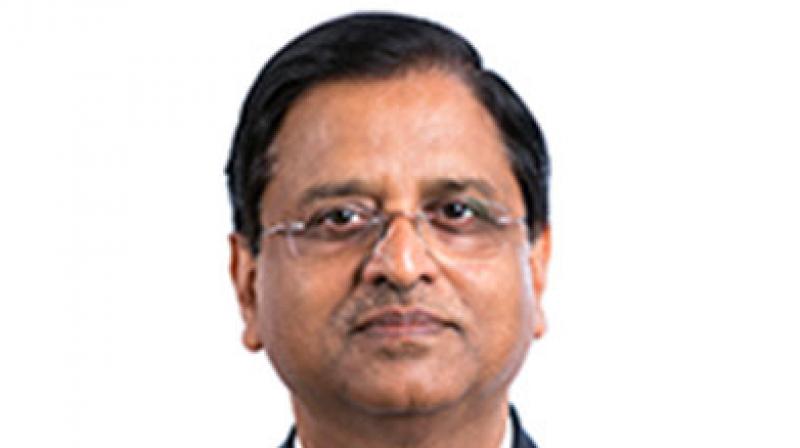 New Delhi: The finance ministry on Tuesday said the RBI's decision to cut key policy rate by 0.25 per cent is an important step to achieve sustained growth consistent with moderate inflation and India's potential.

The Reserve Bank, in its third bi-monthly monetary policy of the fiscal, on Wednesday reduced the repo rate after a gap of almost 10 months. The new repo rate at 6 per cent is the lowest in six- and-a-half years.

The government has taken note of the statement of the Monetary Policy Committee (MPC) and its assessment of the inflation and growth outlook, he added.

"We welcome the 25 basis points cut in the repo rate as an important step necessary to converge towards the appropriate real monetary conditions for sustained growth consistent with India's potential and for stable, moderate inflation," Garg said.

The government had been pitching for a rate cut to boost economic growth amid retail inflation falling to a historic low of 1.54 per cent in June. The monetary policy statement was arrived after a two- day meeting of the MPC headed by RBI Governor Urjit Patel.

The MPC has decided to keep the policy stance neutral and to watch incoming data with a view to keeping headline inflation close to 4 per cent.

The MPC has also decided to keep the policy stance neutral and to watch incoming data with a view to keeping headline inflation close to 4 per cent.

It has stressed on urgent need to reinvigorate private investments, clear infrastructure bottlenecks and provide a major thrust to the Pradhan Mantri Awas Yojana.

The RBI said it is working in close coordination with the government to resolve large stressed corporate borrowings and recapitalise public sector banks.