Why India fuel prices are sky-high when oil isn’t

Diesel accounts for 40 per cent of all oil products consumed in India and it’s the most important fuel for public transport. 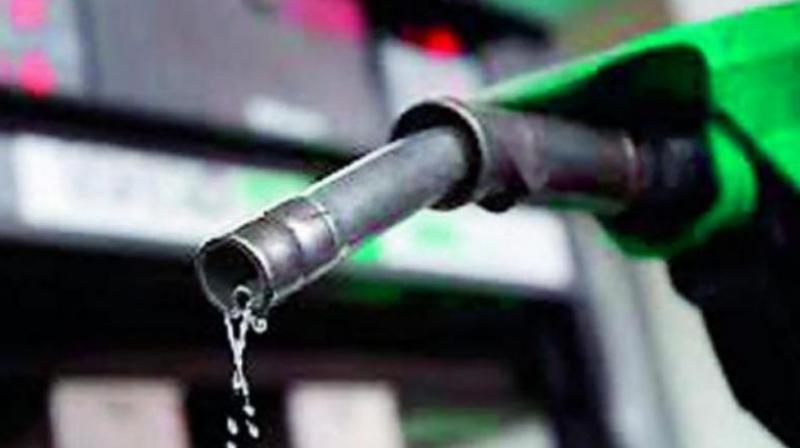 With rising crude prices still at half their record high, drivers in much of the world are still enjoying pain-free visits to the pump. That is not the case in India, where diesel, the most used fuel, is more expensive than ever before, and gasoline prices also are hovering around record levels in several cities. India lifted controls on diesel pricing 4 years ago, after freeing gasoline rates first. But with the Lok Sabha elections next year and several state polls in the coming months, the government is feeling the pressure to restore a lid on fuel prices. None of its options are particularly pretty.

Why did India stop controlling the price of diesel?

A big reason was to relieve the government’s huge burden to subsidise fuel. Subsidies had ballooned to USD 9.6 billion in the year ended March 31, 2014. About seven months later, subsidies on diesel were called off.

State-run explorers Oil & Natural Gas Corp and Oil In­dia and state gas utility GAIL India also had been pa­ying to subsidise fuel prices, to the tune of USD 10 billion, by selling crude and fuels to the state retailers at discounts. Making matters worse, the lag in payment of subsidies by the government messed up the finances of state fuel retailers Indian Oil Corp, Bharat Petroleum Corp and Hindustan Petroleum Corp, which were forced to borrow heavily to bridge the gap between the selling price and their cost.

It could slash fuel taxes, which account for about half the per liter price people pay. But that would mean a major loss to the government revenues. Excise duty and additional taxes are estimated to fetch the government Rs 2.5 trillion in the year ending March 2019, according to the Union budget document. That’s 77 per cent more than what it collected 5 years ago. For a government struggling to meet its fiscal gap goals, any reduction in taxes would stretch its finances. That’s why a second option, reinstating price controls, partially or fully, might be the easier route.

What price controls are being discussed?

The country could reinstate its formula for subsidising the fuels by asking upstream companies to share a part of the burden. Currently, prices of gasoline and diesel are fixed through a complex formula, which is not fully understood. It is based on what the government terms “tr­ade parity price,” or the estimated price of the fuel if it were to be imported and exported in the ratio of 80:20. For now, the government is said to have asked the state-owned oil marketing companies to absorb some of the pain and not pass higher costs on to consumers.

Why have prices soared?

The great global oil price slump of 2014 pushed prices below the levels set by the Indian government. So when India abolished price controls that year, local prices actually fell. The government made the most of oil’s continued tailspin by adding a tax on oil rather than passing on the entire reduction to consumers. With the tax still in place, Indians therefore felt the pinch doubly when oil prices started climbing again. On Tuesday, Brent hit USD 75 a barrel, the highest since November 27, 2014.

How high are fuel taxes?

The central taxes on diesel were increased 5 times since September 2014 to Rs 17.33 a liter, before a Rs 2 a liter reduction last October. That cut, along with a reduction in gasoline taxes, was estimated to have reduced the government’s revenue by Rs 260 billion during the year ended March. Still, taxes account for more than half of the retail price of gasoline.

On April 19, the pre-tax gasoline price in New Delhi was Rs 35.20 a liter. It finally sold for Rs 74.10 a liter after adding taxes and dealer margins.

Who does this affect most?

Diesel accounts for about 40 per cent of all oil products consumed in India, and it’s the most important fuel for public transport. Diesel also has a trickle-down effect on inflation: Higher diesel prices mean higher freight, and higher freight makes transportable goods more expensive. The price of gasoline, the primary fuel used by cars, affects a more affluent demographic. But it’s also a mass fuel, because almost all of India’s scooters and motorcycles run on it. The so-called two-wheelers are mainstays of commuters in cities and rural areas.