This is expected to encourage leading realtors to focus on it. 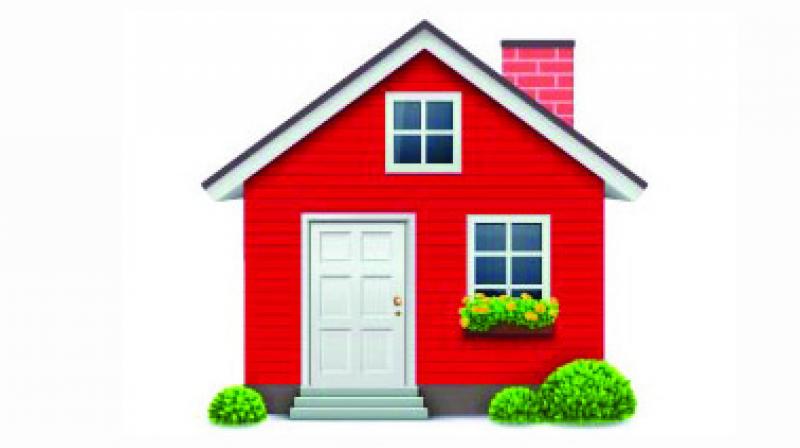 The redefinition of affordable housing in terms of carpet area instead of the built up area would increase the unit size by 20-30 per cent.

Mumbai: In a major relief to the low-income group (LIG), the Union Budget has accorded infrastructure status to the affordable housing segment, which is expected to encourage leading realty developers to focus on affordable housing, the most underserved segment in the residential real estate market in India. The lower margin of profits and higher cost involved in the purchase of land parcels in the vicinity of cities had forced developers to shy away from catering to the low-income groups. The move to accord infrastructure status would help realty developers to access bank funds at lower rates and would also open up additional avenues to raise funds.

“I expect the housing price will come down by five per cent to 10 per cent in this space as supply will improve with mass townships and large projects coming in affordable space,” said Anil Sachidanand, managing director and chief executive officer (CEO), Aspire Home Finance Corporation Ltd. According to an estimate done by property consultant Cushman & Wakefield, the demand-supply mismatch is more serious in LIG category where only 25,000 units are likely to be delivered in the next four years as against the demand for 19.82 lakh units across the top eight cities in India.

Sachin Sandhir, global managing director of emerging business at Royal Institute of Chartered Surveyors (RICS), said the budget has partially addressed one of the long-standing demands of granting infrastructure status to the real estate sector. “An industry status will help developers in accessing capital at lower costs. The announcement to abolish the Foreign Investment Promotion Board (FIPB) will make it easier to get foreign funding through automatic routes,” he added.

The redefinition of affordable housing in terms of carpet area instead of the built up area would increase the unit size by 20-30 per cent. “This will offer home buyers the benefit of owning larger units,” observed Shishir Baijal, chairman and managing director, Knight Frank India. Changing the eligibility criteria for affordable housing, the Union Budget said instead of the built up area of 30 and 60 square metres, the carpet area of 30 and 60 square metres would be counted. The 30-square-metre limit will apply only in case of municipal limits of four metropolitan cities while for the rest of the country including in the peripheral areas of metros, limit of 60 square metres will apply. 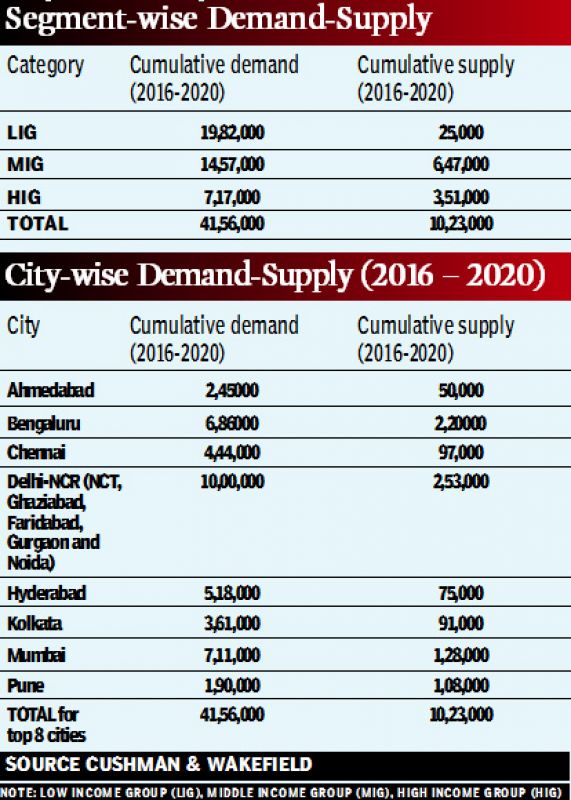 Additionally, the move to reduce the tenure of the long-term capital gain tax from three years to two years would help the marketability of real estate as an asset class. “This will give more flexibility to buyers and investors with regards to purchase and sale of properties,” said Lalit Kumar Jain, chairman of The Confederation of Real Estate Developers Association of India (CREDAI). To complete one crore houses by 2019 for the houseless and those living in kutcha houses, the budget has stepped up the allocation for Pradhan Mantri Awaas Yojana – Gramin from Rs 15,000 crore in 2016-17 to Rs 23,000 crore in 2017-18. Meanwhile, the National Housing Bank will refinance individual housing loans of about Rs 20,000 crore in FY18.