Business   Economy  02 Feb 2017  State-owned OMCs to be merged into one entity
Business, Economy

State-owned OMCs to be merged into one entity

Decision would come in backdrop of country struggling to raise local oil production and imports about 80 percent of its oil. 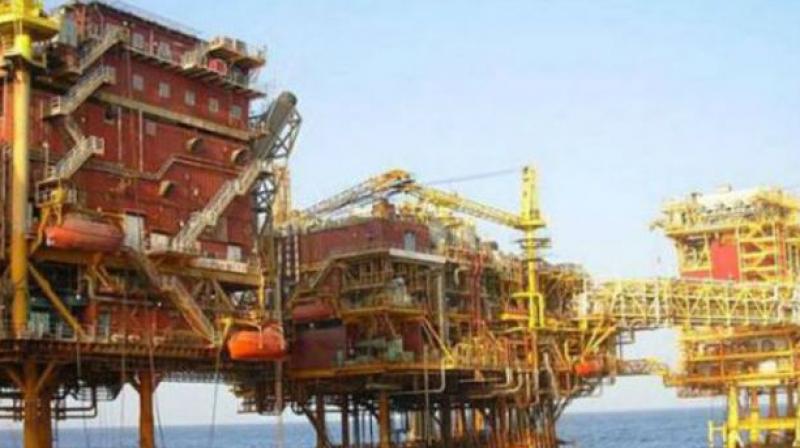 Oil and gas is major contributor to country's energy needs.

New Delhi is struggling to raise local oil production and imports about 80 percent of its oil. Prime Minister Narendra Modi in 2015 set a goal of cutting that to 67 percent by 2020.

India is replacing China as the driver of global oil demand growth and the International Energy Agency expects it to account for a quarter of global energy use by 2040.

"We propose to create an integrated public sector oil major which will be able to match the performance of international and domestic private sector oil and gas companies," Jaitley said in his budget speech.

India has about a dozen state-run oil and gas companies - including Indian Oil Corp (IOC.NS), Oil and Natural Gas Corp (ONGC.NS), Hindustan Petroleum Corp (HPCL.NS). But alone they do not have the financial power to rival global oil majors in bids for overseas oil assets.

Combining them "will give them capacity to bear higher risks, avail economies of scale, take higher investment decisions and create more value for shareholders," Jaitley said.

It was not clear if Jaitley was talking about combining all state-run oil companies or just some of them.

"India has capacity to create not only one, we may create two, three more companies," Oil Minister Dharmendra Pradhan told television channel CNBC-TV18. "It will not be wise to put all eggs in one basket".

He said the government had announced the policy but it would be up to companies to determine the details of any mergers.

He said creation of oil giant would "de-risk" the firm and give it more leverage to go abroad as low oil prices hit revenue of producers and higher prices hurt fuel refiners.

Oil industry executives welcomed the plan. "A much bigger entity will give us bigger negotiating power in almost all activities globally such as the purchase of crude, technology, R&D (research and development) expertise...and faster decision making," said D K Sarraf, chairman of ONGC said.

"A merged entity can give the benefit of a sheer size of resources which is so far not available to any of the oil and gas companies individually," said M K Surana, chairman of HPCL.

However, analysts were a little wary as they felt the process could be lengthy and problematic.

"I think the motivation is right but the government has to be very careful in going ahead with the merger as that can take a lot of time in integrating cultures of various companies and the market conditions could also change," said Anish De, partner and head of oil and gas at KPMG in India.

India planned a similar move in 2005 but the proposal was turned down by a government-appointed panel.