Infrastructure output growth at 6.8 per cent, fastest in a year 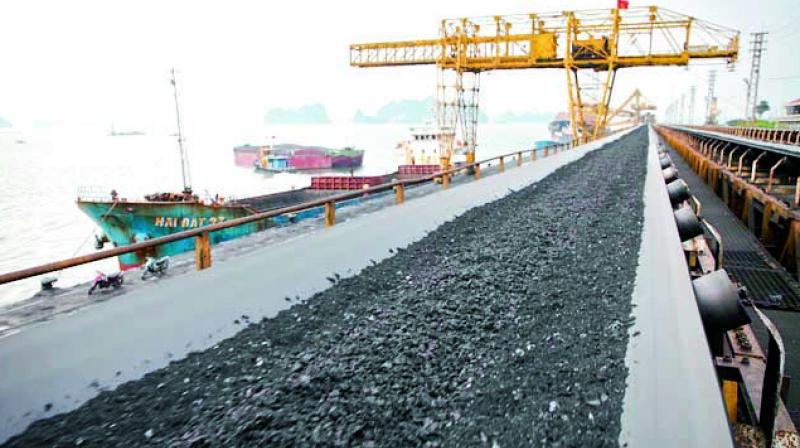 As per the data, coal production declined by 0.2 per cent in November against 3.9 per cent in October.

New Delhi: India’s infrastructure output saw the fastest growth in 13 months at 6.8 per cent in November led by steel and cement sectors, indicating that the impact of GST may be waning.

The eight infrastructure sectors — coal, crude oil, natural gas, refinery products, fertilisers, steel, cement and electricity — had grown by 5 per cent in October 2017 and 3.2 per cent in November 2016.

This will have a positive impact on the overall industrial out (IIP) in November as infrastructure has a 40.27 per cent weightage in the Index of Industrial Production (IIP).

“Core sector growth rises impressively to 6.8 per cent in November. Steel and cement growth at very high growth rates 16.6 per cent and 17.3 per cent indicates restoration of the production in these sectors over pre-demonetisation levels. Augurs well for real sector investment,” tweeted Subhash Chandra Garg, secretary at the department of economic affairs (DEA).

Refinery sector grew by 8.2 per cent in November against 7.5 per cent in October. “A favourable base effect-led spike in the expansion of cement and steel contributed to the uptick in growth of the core industries to a 13-month high  in November 2017, even as four of the eight industries (coal, natural gas, fertilisers and electricity) recorded a sequential dip in growth,” said Aditi Nayar, principal economist at rating agency ICRA.

“The early indicators for industrial production in the organised sectors in November 2017 provide favourable signals, such as the uptick in growth of the core sector and sharp improvement in the expansion of automobile production and non-oil merchandise exports. We expect the growth of the Index of Industrial Production (IIP) to rebound to a healthy 5-6 per cent in November 2017,” she added.

Cumulatively, the growth in the eight core sectors during April-November this fiscal slowed to 3.9 per cent as against 5.3 per cent in the same period last fiscal.