The country’s environmentalists are trying to stop imports of petroleum coke to curb pollution. 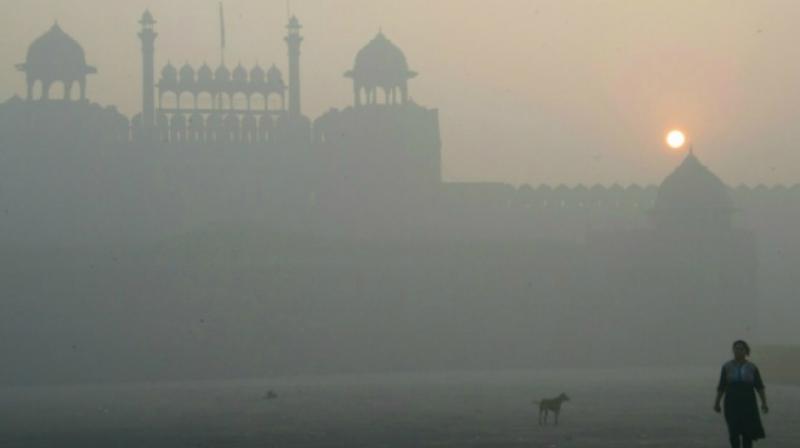 A ban on petroleum coke around New Delhi starting from Wednesday will require the country to raise its imports of coal to replace the fuel. (Photo: AFP)

New Delhi/Singapore: A ban on petroleum coke around New Delhi starting from Wednesday will require the country to raise its imports of coal to replace the fuel, just as Asia is heading into the tightest market conditions for coal in years.

India’s annual demand for petroleum coke, an energy intensive fuel that emits harmful sulphur oxides and ample carbon dioxide when burned, has doubled to 27 million tonnes in the past four years. The country imports about 14 million tonnes annually, mainly from the United States.

Its use was banned around New Delhi to rein in pollution. The country’s environmentalists are trying to stop imports of petroleum coke, known as petcoke, which emits sulphur oxides that are known to cause lung disease and acid rain.

To replace petcoke, industries from dyeing units to brick kilns are switching to imports of coal.

Jamil Rahman, a coal trader in Madhya Pradesh, said he has been getting enquiries about replacing local petcoke with Indonesian thermal coal.

Some enquiries were also made about replacing petcoke with high grade, low-sulphur coal from the U.S., traders said.

“Moving to coal is inevitable,” said Lalit Goel, the head of a textile industry body around New Delhi.

The increased demand for coal to replace petcoke, which will largely have to be met by imports, coincides with increasing coal consumption in India for power generation.

India is the world’s second-biggest buyer of foreign coal even though imports have held steady in the last two years because of rising local output.

But demand has picked up in 2017 and coal-fired power plants were left with only five days of inventories on average as of October 26, compared with 15 days at the end of 2016.

India’s coal imports will top 18 million tonnes in October for the first time since the middle of 2016, according to ship tracking data on Thomson Reuters Eikon.

The jump in imports comes just as other major buyers across Asia have also stepped up purchases.

Overall Asian coal imports rose above 80 million tonnes in October, after stagnating between 60 million and 70 million tonnes a month for the last two years, the tracking data shows.

As a result, traders now expect the first coal supply shortfall in years, and spot Newcastle coal prices at the Australian port of Newcastle have been hovering around $100 per tonne for weeks. That is up from just over $70 in the middle of the year and around $50 in the first half of 2016, before coal markets first started tightening after years of slump.

The tight market is a concern for consumers just as the peak winter demand in the northern hemisphere looms.

But the rising demand is a boon for specialist thermal coal suppliers such as Swiss commodity merchant and miner Glencore, Australia’s Whitehaven Coal, and Indonesia’s Adaro Energy, whose stocks have far outperformed those of diversified miners like BHP Billiton or Rio Tinto.

Demand is so strong that a traffic jam of dry-bulk carriers has built up off the eastern and southern coasts of Indonesia’s island of Kalimantan, one of the world’s biggest coal mining regions.

Shipping data in Thomson Reuters Eikon shows that over 100 ships are currently waiting off the region’s coal ports, either loading or waiting to take on coal.

“Indian utilities have been buying a lot of low calorific coal recently, supplied mainly from Indonesia. The ships are now off Kalimantan waiting to load,” said one trader involved in exporting Indonesian coal.