Sharp moves seen ahead of Budget 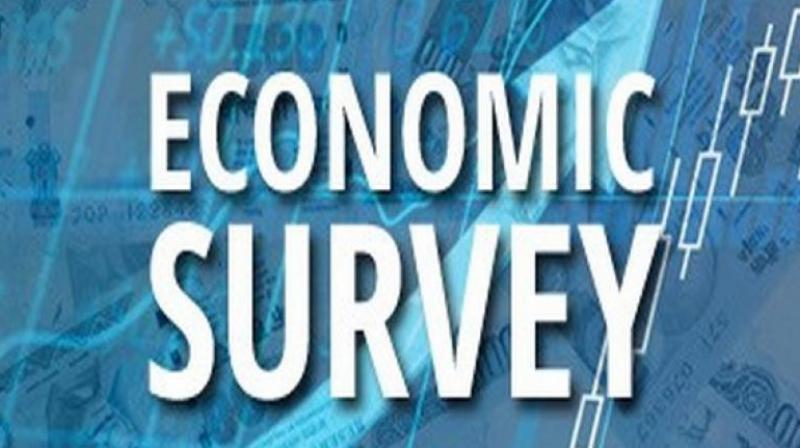 According to analysts, the derivatives market build up points to traders taking positions ahead of the big event. (Photo: ANI)

Mumbai: The market could see sharp moves ahead of the Union Budget scheduled for Friday.

According to analysts, the derivatives market build up points to traders taking positions ahead of the big event.

"We believe this development (large rollovers) in the final week of June series could be due to the positive sentiment by traders ahead of the Union Budget 2019 scheduled on July 05," analyst with a leading brokerage said.

Rollover in the Nifty stood at 80.3 per cent, which is above the 3-month average of 77.89 per cent. This suggests that the longs formed in the June series have been rolled over to the next series. Foreign Institutional Investor (FIIs) have formed short positions in Index futures throughout the last series. As a result, their 'Long Short Ratio' which was at 60 per cent in the start of June series plunged to 53 per cent.

But, they seemed reluctant in rolling these bearish bets in the coming series and hence, once again ,this ratio has shot up to 62 per cent, indicating they are starting the July series with a majority of long positions in the system.

According to analysts, such a shift in stronger hands position ahead of the Union Budget is likely due to anticipation of positive developments in the budget announcement.

The Volatility Index is currently around 15 per cent, such low rate is again an indication of strength in the market.

"Considering above data points, we believe if the Nifty holds 11,600-11,650 during the upcoming event, the probability of rally beyond the important psychological figure of 12,000 may increase. Hence, traders are advised to trade with a positive bias and should maintain a strict stop loss below the above mentioned support zone, said Sneha Seth, Derivatives Analyst, Angel Broking.

Stocks from the 'Banking' and 'Mid-Caps' space witnessed good momentum and have shown outperformance in the last couple of sessions. Along with it, the stocks from the metal space were in the limelight on Friday as the 'Nifty Metal' Index had given a breakout from consolidation phase. Stocks from this sector would participate in the upmove and provide decent returns going ahead, analysts said.