One Nation, One tax: GST explained 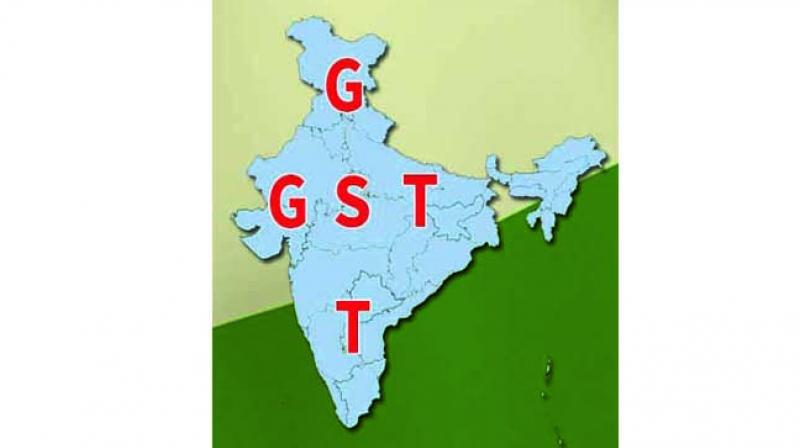 This tax is a multi-stage and destination-based tax that will be levied on every value addition.

The Goods and Service Tax, or GST, has rolled out in India from July 1, 2017. This tax system will be implemented with the purpose of levying a single indirect tax across the nation aiming at unifying India as a single unified market. This tax is a multi-stage and destination-based tax that will be levied on every value addition (the addition of monetary value).

• Multi-stage – GST is a single tax on the supply of goods and services all the way from the manufacturer to the consumer and is levied on the value addition done on every stage. Once raw material has been bought, value is added by manufacturer by means of making the raw material into a product. The warehousing is the next step where value is added, which is then sold to retailers where the final addition of value is done. At each step GST will be levied.

• Destination-based - As opposed to the current tax structure, GST will be charged at every point of sale. Suppose, a good is manufactured in Maharashtra and sold in Haryana, then the Maharashtra Government will receive revenue from taxing manufacturing and warehousing, whereas Haryana Government will receive the revenue of the final sale. Previously the Centre would lay an Excise Duty and VAT would be charged by the State.

Why do we need GST?

The nature of indirect taxes is such, that the burden of the tax is easily transferable to the next stage of supply chain. A producer that pays VAT can transfer the amount paid to the retailer, who, through the same process, will transfer the tax to the consumer. The consumer eventually ends up paying the price of the product and also the tax liability that has been transferred to him.

GST, once implemented in its full capacity hopes to address this particular issue. In its framework, the GST has a system called the Input Tax Credit, by which sellers can claim the tax that has already been paid. This will reduce the final liability at the consumers’ end.

Arvind Subramanian, the Chief Economic Advisor to the Government of India rightly pointed out that India, despite being a single country, is a union of 30 or so markets. Under the current framework, there are too many taxes such as the Central Sales Tax on interstate sales of goods and services and such numerous intra-state taxes which end up favouring imports over domestic production. GST will unify India as one common market and facilitate the ‘Make in India’ initiative launched by Prime Minister Narendra Modi.

• With the implementation of Information Technology, compliance will become easier for businesses. Registrations, returns, payments and such services will be accessible online.

• GST will ensure that doing business in the country is tax - neutral and the choice of place will not impact the ease with which business can be done.

• Hidden costs of doing business will reduce with a system of seamless tax-credits and thereby minimizing the cascading of taxes.

• A reduction in transactional costs will increase the competitiveness of the markets.

• The uniformity of tax rates and procedures across country will not only reduce compliance cost, but also reduce the costs of locally manufactured goods and services. This will increase the competitiveness of the export industry and of Indian goods in the international market.

• There will be transparency of the levied tax which will be proportionate to the value added.

Impact on State and Centre relationship:

• Compliance will increase due to IT infrastructure

• Administration will be easier