Finance Minister says entry of foreign investors is linked to kind of orders they will get. 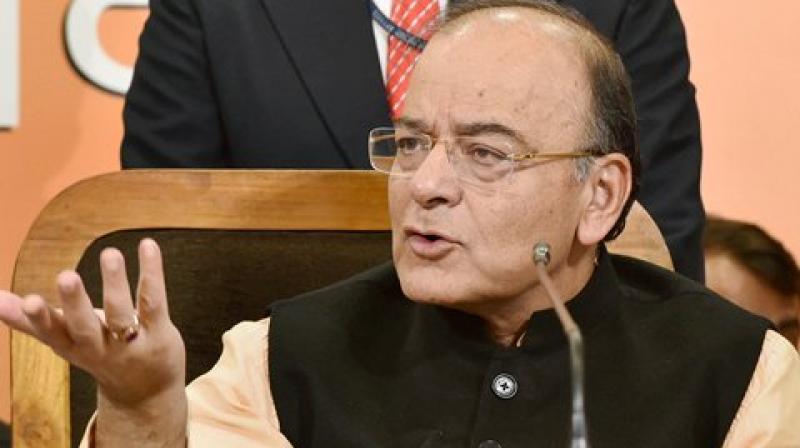 He said unless the opening of the FDI rules is accompanied by some reasonable possibility of getting orders, an investor is not going to set up an establishment in the country.

Entry of foreign investors "is linked to the kind of orders they will get and the only entity which can place the orders is the Government of India.

"There are no two procurers, there is only one and that is why the strategic partner policy now has been brought in as it will supplement the FDI policy," he said when asked about the reasons of poor response of investors in the sector.

Whether the strategic partner comes through FDI route or the investor comes with just a technology tie up, they would be free to do so, he added.

Seen as a major initiative, the 'strategic partnership model' aims to create a vibrant defence manufacturing ecosystem in the country through involvement of both the major Indian corporates as well as the MSME sector.

Under the policy, select private firms will be roped in to build military platforms like submarines and fighter jets in India in partnership with foreign entities.

In 2016, the government relaxed FDI norms in several sectors including defence. India imports 70 per cent of its military hardware from different countries.

As per the policy, foreign investment up to 49 per cent has been permitted in the defence sector through automatic route, and beyond that limit through government route on case to case basis, wherever it is likely to result in access to modern and state-of-art technology.

The minister stated that the FDI changes in the sector opened the door and effort is to encourage them to set up facilities in the country.

"They are enabling. They themselves do not ensure that immediately the entry of participants will take place and the reason is very simple that there is only one purchaser within India and thats the Government of India," he said.

Talking about the procurement proposals, Jaitley said under the Defence Procurement Policy, a particular mechanism is there by which decisions are being taken.

"The manner in which the proposals have been cleared by the defence acquisition council over the last three years  is unprecedented when you compare it with the inaction during the previous regime," he added.