Resolution of NPAs is still work in progress: Jaitley 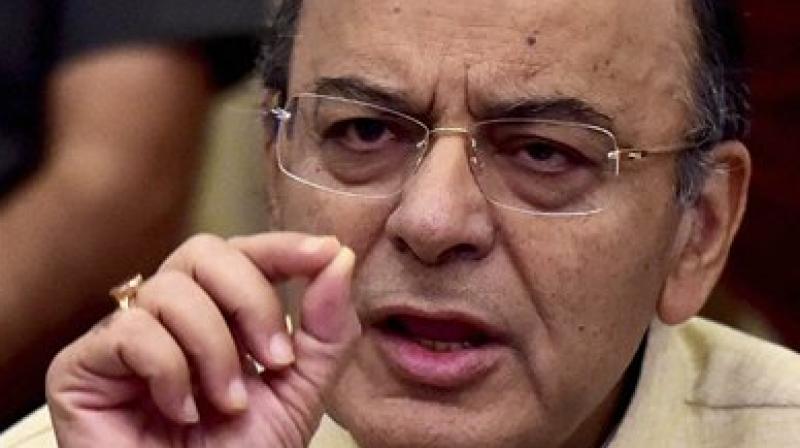 New Delhi: Finance Minister Arun Jaitley today said the resolution of staggering levels of bad loans is work in progress and some visible action will be taken within next few days under the recently passed NPA ordinance.

The ordinance was promulgated last month amending the Banking Regulation Act, 1949 to empower the Reserve Bank of India to resolve the thorny issue of non performing assets (NPAs) or bad loans.

With the ordinance, the government empowered RBI to ask banks to initiate insolvency proceedings to recover bad loans and promised more measures to resolve the NPA crisis.

"RBI was taking measures under the existing mechanism. We have now taken another steps and there would be visible action taken under the new mechanism in the next few days," Jaitley said while addressing media on completion of three years of the Modi government.

Terming high level of bad loans a "major challenge", he said the resolution of NPAs is still work in progress. High NPA levels also impact the capacity of the banking system to support growth, he said.

"Linked to it is the challenge of wanting to increase private sector investment, even though our FDI and public investments have significantly increased. And of course there is a significant impact of the global situation also-whether the global trends are supportive or obstructive. And these are challenges," Jaitley said.

Following the promulgation of ordinance, RBI also made substantial changes in the related norms and warned banks of monetary penalty for missing NPA resolution timelines.