In the fourth quarter of 2016 fiscal, the carrier saw total revenue rise over three per cent to Rs 5,728 crore. 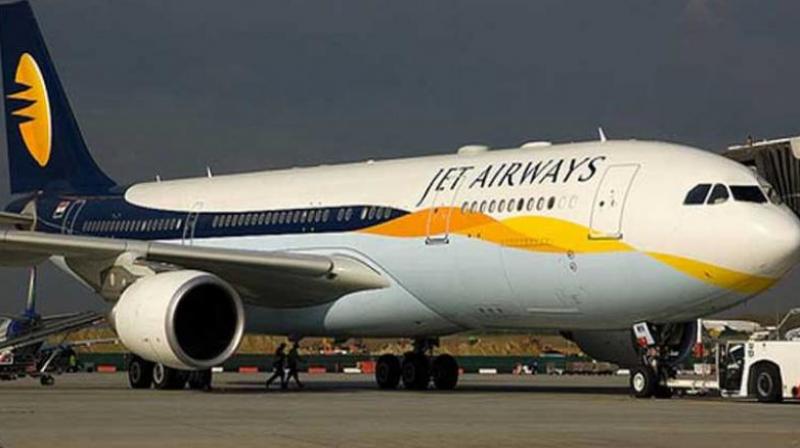 The airline flew 7.02 million passengers in the latest January-March quarter.

Even though the full service airline carried more number of passengers in the quarter under review, it had a higher net profit of Rs 426 crore in the three months ended March 2016.

In the fourth quarter of 2016 fiscal, the carrier saw total revenue rise over three per cent to Rs 5,728 crore. The same stood at Rs 5,533 crore in the year-ago period, according to a release. The airline flew 7.02 million passengers in the latest January-March quarter.

Revenue from codeshare rose 5.3 per cent in the fourth quarter and currently the airline's network has 21 codeshares. Jet Airways said that despite challenges posed by the recent rise in Brent price, as well as continuing low airfares and increased capacity, it reported profit in financial year 2017.

Jet Airways Chairman Naresh Goyal said the past year has been extremely challenging for both domestic and international markets.

"Notwithstanding the growth in traffic in the domestic market, the downward pressure on yields continued despite rise in oil prices," he said in the release.

According to him, the company reduced its debt by Rs 1,902 crore despite weakening demand in certain international markets, especially Gulf.

Jet Airways' has delivered profitability, which given the strong challenges, reflect the definite and correct choices that the management has made, an Etihad Aviation Group spokesperson said in the release. Etihad is Jet Airways' strategic partner.

"We are committed to prioritise and invest in network enhancement, superior guest experience and operational efficiencies at all touch points to ensure sustainable growth and value addition for stakeholders," Goyal noted.