Ratan Tata who came back from retirement to take over Tata Sons after his successor Mistry was unceremoniously ousted on Oct 24. 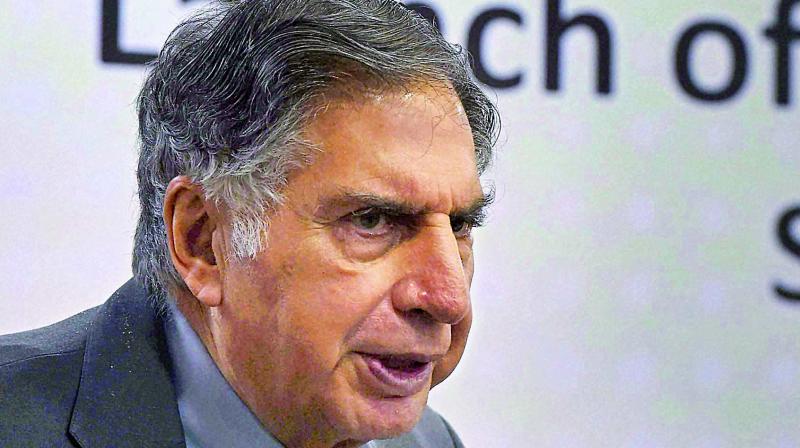 Without naming anyone, he said the ethics and values of the group have been "challenged by people who are known not to practice what they often preach".

Tata, 78, who came back from retirement to take over Tata Sons after his successor Cyrus P Mistry was unceremoniously ousted on October 24, asked employees to put the events behind and re-dedicate themselves to re-establishing the Tata Group's leadership.

"The past three months have been turbulent and wasteful. There has been a willful, well-orchestrated endeavour to destroy the personal reputations of individuals and the reputation of the Tata Group, through unsubstantiated allegations," he wrote to the Tata employees.

In a new year message to employees, he said there has been an "overwhealming groundswell of support" from employees.

"The ethics and values of the group and its leadership, which have been built over the last one and half centuries, have been challenged by people who are known not to practice what they often preach," he said.

A public battle for control of the salt-to-software group is being played with Tata and Mistry trading accusations over missteps.

"As we approach the new year, we must all resolve to put these events of the past few months behind us and re-dedicate ourselves to re-establish the Tata Group's leadership in the many areas in which we operate, as also demonstrating to the world around us that we indeed have protected the vision and values of our fonding fathers," he wrote.

Tata Group, he said, has not just been a business conglomerate but an institution built on sustaining livelihood in the communities it serves through the creation of wealth and its re-distribution to the nation's people through social awareness and philanthropy.

"As we enter our 150th year, we need to reaffirm our resolve to continue to build and progress the Tata Group to be a national institution of which we can all be proud," he said.

"I am confident that with your support and dedication we can look forward to a better tomorrow."