Cement demand likely to pick up from Q4 FY18: ICRA 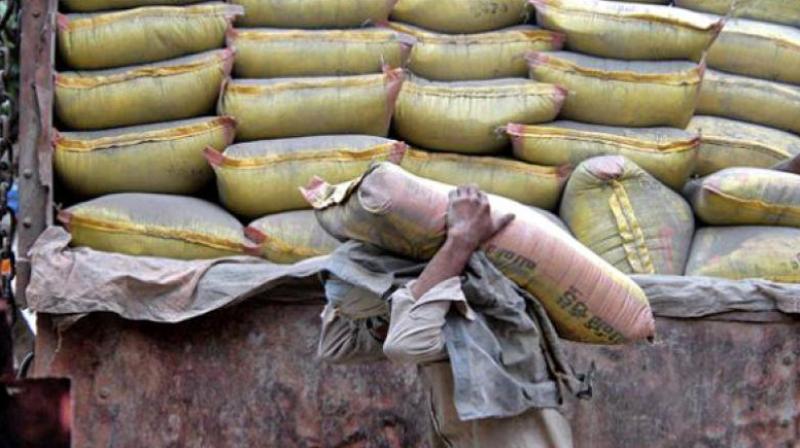 Cement offtake has continued to remain weak in H1 FY2018 because of factors such as weak real estate activity.

Based on current trends, we expect the cement demand to rebound from Q4 FY2018 as against earlier expectations of Q3 FY2018, the same may be positively impacted by the housing segment both affordable and rural housing and; infrastructure segment, mostly road and irrigation projects, rating agency ICRA said in its report here.

From the profitability perspective, the industry's ability to maintain cement prices going forward remains critical, given our expectations of higher power, fuel increase in coal and pet coke prices and freight costs like increase in diesel prices during FY2018, he said.

Monsoons impacted the demand in August-September 2017 across various regions. This resulted in a decline in demand by 3.1 per cent on an MoM basis in August 2017, according to the report.

Despite adverse impact on cement prices across various regions, they continue to remain higher than traditionally what has been witnessed in the monsoon impacted Q2s till FY2016.

Cement demand remained subdued across the country due to various local issues - in the North, especially in the states of Uttar Pradesh and Punjab the offtake has been impacted by sand shortage and labour unavailability, while in the West the implementation of the Real Estate Regulatory Authority (RERA) Bill resulted in construction activity slowing down.

In the South, Tamil Nadu and Kerala were hit the most as demand got affected because of sand shortage, drought impacting rural offtake and weak housing activity, Majumdar said.

The recent ban on sand mining in Bihar is also likely to impact the sales volume growth in the eastern region, going forward. Monsoons impacted the demand in August - September 2017 across various regions.

Further, the demand in October 2017 is likely to be subdued by extended monsoons in some regions and continued sand availability issues in Punjab, Uttar Pradesh and Tamil Nadu.