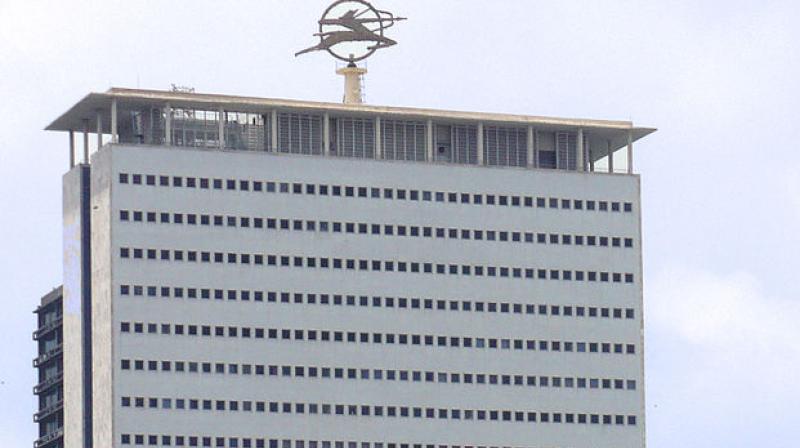 The wide variance could force the debt-laden carrier to hold back its plan.

New Delhi: The proposed sale of iconic Air India tower in Mumbai could turn out to be a damp squib as the prospective buyer JNPT’s projection of earnings from the property is much lower than the airline's expectation.

The initial estimate by Jawaharlal Nehru Port Trust (JNPT), the government-owned entity that is being prodded to acquire the building on Queen's necklace in the financial capital, has pegged the annual rental per square feet at Rs 150 whereas Air India's projection of the same is Rs 450. The wide variance could force the debt-laden carrier to hold back its plan.

This would add to a series of setbacks to the government in the last four years. The Centre has already dropped its plan to divest the majority stake in Air India. Besides, the government has failed to sell helicopter operator Pawan Hans and privatise two airports in Jaipur and Ahmedabad

After government plan to privatise Air India recently failed, it said that the focus would now be on monetising airline's real estate. Selling the iconic tower is part of the plans to raise funds and revive the airline. The national carrier earned Rs 291 crore as lease rental from its prized Nariman Point building between 2012-13 and January 2018. In all, Air India monetised a sum of Rs 543.03 crore from its fixed assets during this period.

According to official sources, shipping, road transport & highways minister Nitin Gadkari first suggested the idea of JNPT buying the Air India building to ensure that the property does not go to a private company. Since the building is a landmark and pride of Mumbai, Gadkari saw enough merit in transferring the ownership and control of the building to another government entity instead of a corporate.

But there has not been enough progress so far on taking up the proposal. The government is yet to formally constitute a panel and its terms of reference (ToR) to decide the contours of sale.

"After the committee is formed and it gives its report, the proposal would be taken up by the boards of Air India and JNPT separately. It depends on the board of JNPT if they need another building and whether it makes commercial sense. It is supposed to manage port and not real estate. I personally do not see the deal having any merit for it," said an official wishing not to be named.

Financial Chronicle was the first to report on June 25 that government was planning to sell Air India's Nariman Point building in Mumbai to JNPT.

Saddled with a debt of Rs 50,000 crore, state-run Air India has been surviving on taxpayer money since 2012 when the then UPA government cleared a Rs 30,231 crore bailout.