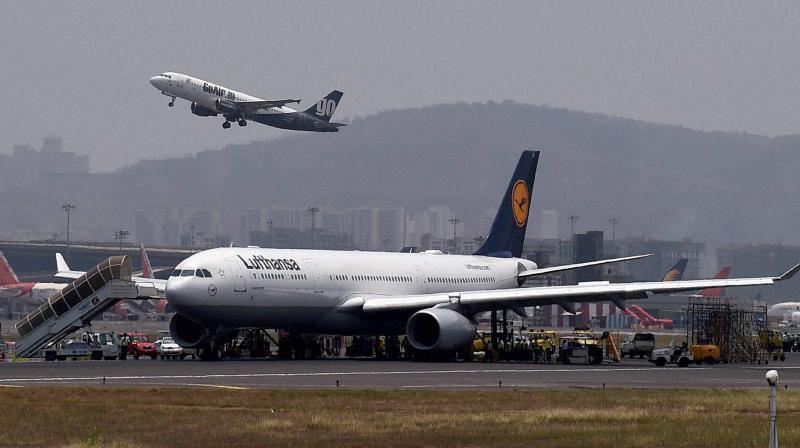 Berlin: German flagship airline Lufthansa agreed Saturday to a compromise worked out between the government and the European Union, overcoming a major hurdle toward final approval of a 9 billion-euro (USD 10 billion) bailout from Berlin.

Lufthansa said in a statement it had agreed to the compromise worked out between Germany and the EU in which the airline will have to give up several prized landing slots at Munich and Frankfurt airports.

The dpa news agency reported the German government had also agreed to the compromise.

The government announced the aid package on Monday to help Lufthansa, which, like most airlines, has been struggling during the coronavirus pandemic.

The EU imposed conditions, however, saying that bailouts must include measures that would maintain a level playing field for other companies.

Specifics on the EU's demands weren't announced, but Lufthansa said the scope of commitments it agreed to had been reduced compared to initial plans, dpa reported.

Under the agreement, the airline must remove up to four aircraft from the two airports, equivalent to three daily take-off and three landing rights per aircraft, to allow competitors to take the slots, the airline said.

The slots will be re-allocated through a bid process. Discount airlines Ryanair and easyJet are both thought to be interested.

Lufthansa's supervisory board now needs to approve the full rescue package, including the conditions, and the German government needs to finalize its plans with the European Commission.