Lava to invest over Rs 2,600 crore in manufacturing units in 5 years

Lava will have annual production capacity of 21.6 crore mobile phones which will help us achieve our goal. 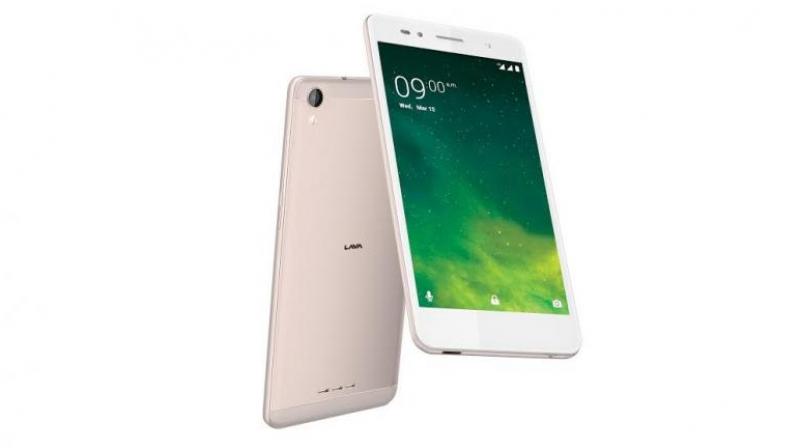 Lava had reported a revenue of USD 1.2 billion in the last fiscal year.

New Delhi: Homegrown mobile device maker Lava International is investing over Rs 2,600 crore in its manufacturing units to reach a production capacity of 21.6 crore units in next five years as part of its ambitious plan to capture 40 per cent share in the sub-Rs 12,000 segment.

The Noida-based company has also launched the first mobile devices design centre in India with an initial investment of Rs 250 crore to roll out advanced products at price point suited for its target market, LAVA International Chairman and Managing Director Hari Om Rai told PTI in an interview.

Lava is present in 11 countries, including Nepal, Bangladesh, Sri Lanka, Pakistan, Indonesia, Mexico, the Middle East, Russia, Egypt and Thailand, where it is the market leader, Rai said.

"We want to dominate the sub-12k segment by acquiring over 40 per cent of the market share in almost all the markets where we operate. We are investing Rs 2,615 crore in manufacturing units. By 2023, Lava will have annual production capacity of 21.6 crore mobile phones which will help us achieve our goal," Rai said.

Lava's market share in the sub-Rs 12,000 segment is estimated to be around 8-9 per cent in India. Rai said the design centre is key to brining mobile manufacturing ecosystem to India and Lava plans to roll out the first smartphone designed in India by October 2018.

"With design centre in India, we want to create entire ecosystem for mobile phone manufacturing in the country, including components that are required for making devices. The Indian government has come up with phased manufacturing plan which provides certainty over growth of ecosystem in the country," Rai said.

The Phased Manufacturing Programme notified by government in 2017 includes roadmap for duty or tax intervention for components that are used in mobile devices in phased manner. Rai said that though duty structure is known to industry players in advance but many components players were not coming to India as there was no design centre in the country.

"With design centre in India, we will attract component players. Cost of production in China is three times compared to India. Now India is well positioned to take over manufacturing with design capability and government has been also very supportive of manufacturing," Rai said.

He said that even at conservative estimates, India will have manufacturing ecosystem, including design and components, to the tune of USD 210 billion.

"The segment that we are targeting will be globally to the tune of USD 180-200 billion in 10 years. This is a big opportunity for brands that will have control on the ecosystem. About USD 90 billion of business will come from Indian brands at that time. The opportunity is huge," Rai said.

Lava had reported a revenue of USD 1.2 billion in the last fiscal year, according to Rai.