South Eastern Railway has awarded a contract under 'Branding on Wheels' scheme to Dalmia Cement for a period of five years. 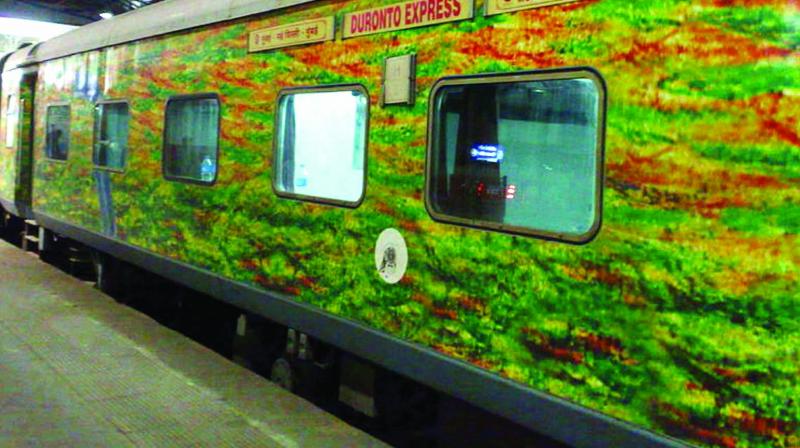 It is movable advertising and this means that the client will get greater publicity across the route, said an official. (Photo: Representational)

The South Eastern Railway (SER) has awarded a contract under the "Branding on Wheels" scheme to Dalmia Cement for a period of five years for 300 BOXN wagons or five rakes. The wagons have an aluminium body on a steel underframe.

"The advertisement will be displayed on the exterior of the (freight) train and while we are attempting such a method of generating non-fare revenue for the first time, we will give it wide publicity so that it can be replicated.

"It is movable advertising and this means that the client will get greater publicity across the route," said an official.

Besides awarding the advertisement contract for freight trains, the SER has also successfully awarded a contract for branding on rakes of the Steel Express, which connects Jamshedpur in Jharkhand to Howrah in West Bengal.

Generation of non-fare revenue has been a thorn in the side of the railways for a long time and despite efforts to launch such initiatives, none of them have actually hit it off.

The minister further said to generate more revenue, the railways has issued policies for generating non-fare revenues from sources such as mobile assets, out of home advertising, rail display network and content on demand.