Big brands bet on World Cup fever in India, where cricket is ‘religion’

Advertisers estimate this year’s advertising spend of more than USD 400 million will be nearly double of 2015. 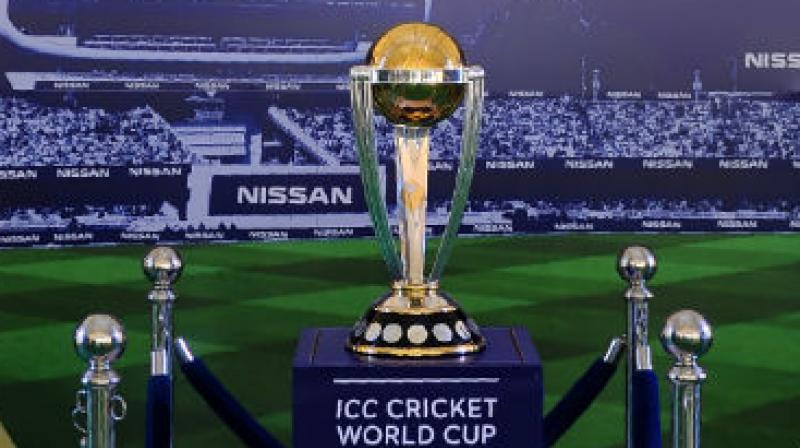 About 1.5 billion people are expected to watch the tournament worldwide, more than 15 times the audience for the Super Bowl of American football. (Photo: AFP)

Bengaluru: Indian advertisers are on track to spend more than USD 400 million during this year’s ICC Cricket World Cup, looking to cash in on a mania that is smashing viewing records in the world’s biggest market for the sport.

About 1.5 billion people are expected to watch the tournament worldwide, more than 15 times the audience for the Super Bowl of American football.

“We might have different religions, but cricket is the biggest one,” said Shashi Kumar, a 34-year-old in the technology hub of Bengaluru, who said the game unites the country and brings people together.

The surge in advertisement spending during the six-week tournament that runs until July 14 could boost consumer demand and help India’s economy run out its slowest period of growth in four years, analysts say.

“Brands would not like to lose the opportunity to capitalise on this frenzy,” said Vinita Pachisia, senior vice-president at media agency Carat India, part of the Dentsu Aegis Network.

Although a niche sport with just 10 participating countries, versus 79 in the FIFA soccer championship, cricket’s popularity in the Indian subcontinent means companies allot about half of their marketing budget to the World Cup. Sponsors and media buyers say they expect more than 800 million Indians to watch this year, but there are no official projections. Four years ago, 635 million watched, mainly on television, as online streaming was in its infancy in India.

The much-anticipated match between arch rivals India and Pakistan on June 16 prompted 206 million fans to tune in to official broadcaster Star network, a unit of Walt Disney Co, to watch India win.

Star’s streaming platform, Hotstar, said the 15.6 million concurrent users for the match was its highest tally for a one-day international game.

The matches start later in India’s day and run through prime time, while the return to a round-robin format cuts the chances of an early knockout of favorites Australia, India and New Zealand.

They are also being broadcast in six more Indian languages this year, as well as Hindi and English.

Greater television and internet access and India’s success under captain Virat Kohli have helped push spot advertising rates up by 40 per cent to 60 per cent from four years ago, media buyers say.

They estimate this year’s advertising spend of more than USD 400 million will be nearly double of 2015.

Smartphone maker Samsung Electronics Co, which is giving away Amazon Echo devices with high-end TV sets, said it doubled sales of big-screen TV sets in the month before the tournament began on May 30, versus last year.

“We want to reach the next 250 million Indians who are on the internet, but not using digital payments yet,” said the unit’s chief executive, Sameer Nigam.

Spot TV advertising slots for the June 16 match cost up to 2.5 million rupees (USD 36,000), versus a package for all games ranging between 1 million and 1.5 million rupees, media buyers say.

Some companies are also sponsoring fanzones.

A thousand fans watched the India-Pakistan match at a brew pub in Bengaluru, in an event sponsored by Bira 91, a recent entrant to the beer market, backed by US-based Sequoia Capital.

“We wanted to pick up a sport which had very very wide appeal to Indian consumers and there is nothing comparable to cricket,” said Chief Executive Ankur Jain.