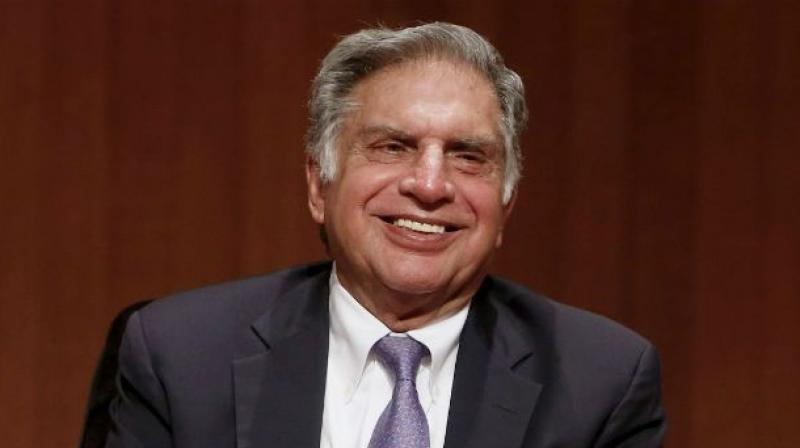 In the 150th year of its existence, Tata group is creating new milestones one after the other.

Mumbai: In the 150th year of its existence, Tata group is creating new milestones one after the other. Tata group market capitalisation crossed Rs 10 lakh crore mark for the first time with TCS crossing Rs 7 lakh crore in market cap intra-day on last Friday, the first by an Indian company.

The total market cap of 23 listed Tata group companies, excluding newly acquired Bhushan Steel, stood at Rs 10.72 lakh crore, according to BSE data. Bhushan Steel, whose market cap as on Friday was Rs 796.19 crore, has been locked in upper circuit since acquisition by Tata Steel.

It will add to Tata group’s market cap in a big way as Tata Steel stock price is expected to go up after Bhushan Steel is fully integrated with Tata Steel and its revenue and profit is priced in Tata Steel stock.

Tata group is celebrating 150th year. In 1868, Tata Group founder Jamsetji Tata, then aged 29, started a trading company as an entrepreneur with a capital of Rs 21,000, after nine years of working with his father Nusserwanji Tata.

The rise in market cap to over Rs 10 lakh crore has been purely on account of Tata Consultancy Services (TCS). On Friday, TCS made history as its market cap briefly touched Rs 7 lakh crore mark intra-day as TCS shares rose to an all-time high of Rs 3,674.8 on NSE and Rs 3,674 on BSE.

“It is an important milestone, which not only gives us something to cheer but also changes the perspective and sentiment toward other Indian software makers,” said Gaurang Shah, head investment strategist at Geojit Financial Services in Mumbai.