Bandhan Bank to give a big push to affordable housing 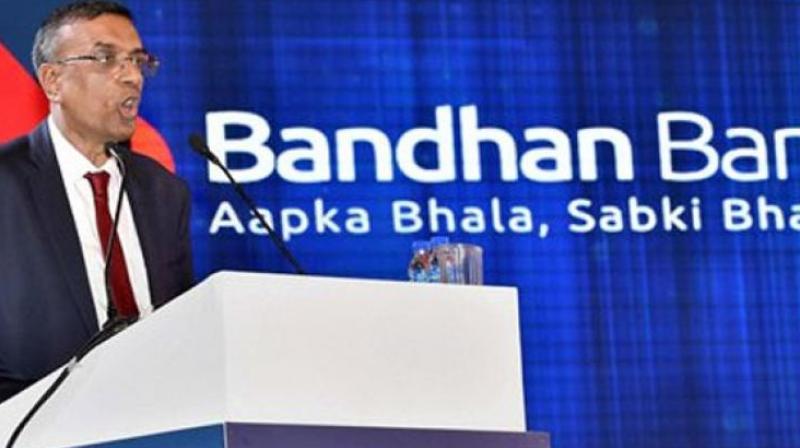 Kolkata: Private sector Bandhan Bank is expecting to give a big push to the affordable housing sector after completion of its merger with Gruh Finance, its MD and CEO Chandra Sekhar Ghosh said.

Ghosh told reporters here on Thursday said that the merger process, which has already got the approval from the Reserve Bank of India (RBI), was expected to be completed by December.

"We have got the approval from the RBI. Now we are awaiting permission from the SEBI after which we will approach the NCLT", Ghosh said on the sidelines of a bank branch opening at Burrabazar in north Kolkata.

He said "the entire process is expected to be over by the end of this year, after which the bank will give a big push to the affordable housing sector".

Bandhan Bank's merger with Gruh Finance would reduce the non-operative promoter Bandhan Financial Holding to 61 per cent from 80 per cent. "Ultimately it will go down to 40 per cent for which there is a good plan ", he added.

Ghosh said that there was a good demand for affordable housing with the demand pegged at two crore units.

Last week, the bank had got the approval for opening 25 more branches, Ghosh said.

"Out of that we are opening eight by March 31. The remaining will be opened in the next financial year", he said.

With the Burrabazar branch, the bank's total number of branches stood at 986, he said, adding that the Bandhan's deposits touched Rs 34,639 crore and loan book at Rs 35,599 crore.

Ghosh said that the bank's NPA stood less than 0.7 per cent of advances.

Regarding Gruh Finance, he said its activity so far was concentrated to the states of Maharashtra and Gujarat.

"We plan to expand the activities to other states also", he said.