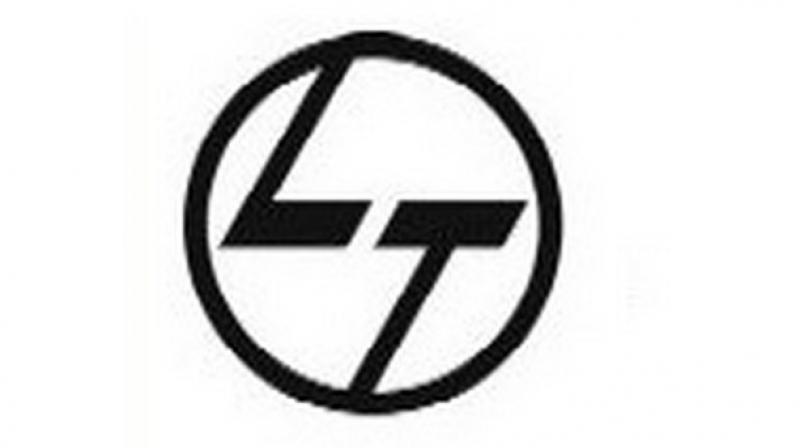 New Delhi: Larsen & Toubro (L&T), which today reported a 38.85 per cent jump in its consolidated net profit at Rs 972 crore for the December quarter, said the government's "cashless economy" efforts have caused "disruption" and its impact on business is yet to be assessed.

The industrial giant had clocked a net profit of Rs 700.34 crore for October-December last fiscal. The infrastructure conglomerate's total income from operations rose to Rs 26,286.98 crore during the quarter under review, from Rs 25,928.07 crore a year ago.

Its expenses during the quarter were slightly up at Rs 24,486.57 crore as against Rs 24,170 crore in the previous fiscal.

In its outlook, the company said the domestic growth appears to take longer time as investment momentum remains weak and the banking system is burdened by debt overhang.

On recent demonetisation, the infrastructure major said, "Government's initiatives to curb the parallel economy and make a transition to cashless economy have caused disruption whose impact on the business sentiment is yet to be conclusively assessed."

It said the challenging business conditions are expected to continue in the next few quarters until the government moves to lift growth through "infra spend and tax reforms take effect".

About global economic scenario, it said the revival hinges on the outcome of post Brexit events in the UK, change in the economic policy stance in the US, political developments in some of the major European countries and China's policy response to slowdown.

"Recovery of commodity prices and oil price uptick have provided a positive twist to the global economic revival predictions," it noted.

The company focus will be on "selective pursuit of opportunities, working capital reduction, cost optimisation through supply chain efficiencies and productivity enhancement through digitisation initiatives".

"Aided by these initiatives, the company is hopeful of a satisfactory performance, given the current business environment," it said.

The company said it has garnered fresh orders worth Rs 34,885 crore at the group level during the quarter ended December 2016 amid subdued business environment.

The international orders at Rs 11,865 crore constituted 34 per cent of the total order inflow, which on a cumulative basis, stood at Rs 95,706 crore for the nine months to December. Major orders were secured by infrastructure and hydrocarbon Segments.

"Consolidated orderbook of the group stood healthy at Rs 2,58,585 crore as on December 31, 2016, higher by 1.4 per cent on a y-o-y basis. International orderbook constituted 29 per cent of the total orderbook," it said.

L&T said its infrastructure segment achieved customer revenue of Rs 12,467 crore for the December quarter, a y-o-y growth of 6 per cent.

"Delays in obtaining clearances and work slowdown due to abrupt liquidity constraints of customers aggravated by demonetisation impacted progress of jobs under execution, especially in buildings and factories business," it said.

It said transportation infrastructure and water and effluent treatment businesses contributed to the revenue growth during the quarter.

International revenue constituted 37 per cent of the total customer revenue of the segment. During October-December 2016, the infrastructure segment won fresh orders of Rs 21,516 crore despite sluggish investment climate, it said.

Some of the anticipated orders did not materialise due to delay in bid process, it added. L&T's IT and technology services (IT&TS) achieved customer revenue of Rs 2,454 crore during the quarter, registering growth of 9 per cent yoy.

Likewise, the financial services logged customer revenue of Rs 2,108 crore during the quarter, y-o-y growth of 11 per cent, driven by jump in loan assets and disbursements mainly in microfinance, housing and wholesale finance, it said.

Larsen & Toubro is an Indian MNC that is into technology, engineering, construction, manufacturing and financial services with over USD 16 billion in revenue. It operates in over 30 countries.