The company is expected to report a roughly 100 billion yen ($850 million) one-time loss. 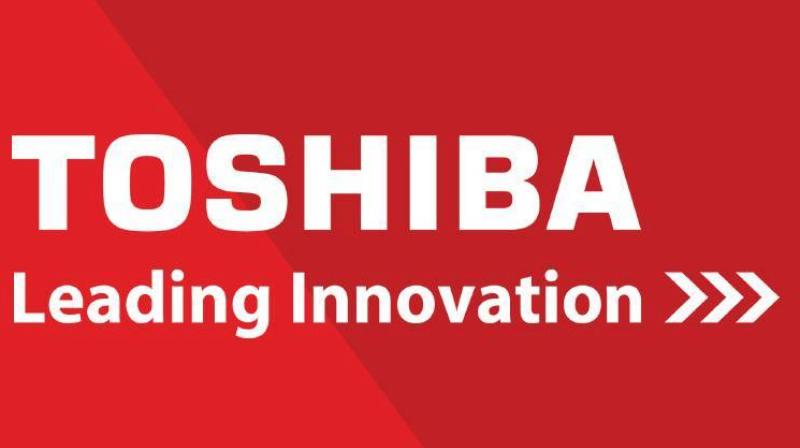 Toshiba currently expects an annual net profit of 145 billion yen, up 45 percent from an earlier estimate, on sales of 5.4 trillion yen.

Tokyo: Shares in Toshiba dived more than 12 percent Tuesday on reports it is likely to record a huge special loss related to a US subsidiary's acquisition of a nuclear power service company.

Toshiba shares traded 12.27 percent lower at 388.70 yen at the break, paring an earlier loss of as much as 16.3 percent.The company is expected to report a roughly 100 billion yen ($850 million) one-time loss for the fiscal year ending March 2017, the leading business daily Nikkei reported, while public broadcaster NHK and the mass-circulation Yomiuri newspaper said the figure could go up to 500 billion yen.

Nikkei said the loss was related to a valuation dispute over Westinghouse Electric's purchase from Chicago Bridge & Iron of a US nuclear service company. Jiji Press and other local media carried similar reports.

"Currently we are studying a loss of some 100 billion yen... linked to the purchase", Toshiba said in a statement following the reports. Westinghouse and seller Chicago Bridge & Iron have turned to an independent accountant to resolve a dispute over a difference in asset valuation, Toshiba said.

Toshiba currently expects an annual net profit of 145 billion yen, up 45 percent from an earlier estimate, on sales of 5.4 trillion yen. A once-proud pillar of corporate Japan, Toshiba has been besieged by problems, most notably a profit-padding scandal in which bosses for years systematically pushed subordinates to cover up weak financial results.

In an intensive overhaul, Toshiba has been shedding businesses and announced the sale of its medical devices unit to camera and office equipment maker Canon.In May, Toshiba appointed a new president to steer the vast conglomerate past the scandal.

With the restructuring efforts, Toshiba positioned the nuclear and chip businesses as core activities, but a huge loss in the nuclear arm may force further measures including capital injection, NHK and other reports said.

In December last year, Japan's Securities and Exchange Surveillance Commission said Toshiba should be slapped with a record 7.37 billion yen fine over the profit-padding scheme that hammered its reputation.

Japan's national pension fund, the world's biggest, said in June this year it was suing Toshiba over the scandal that slashed the value of its stock in the company.

The Government Pension Investment Fund (GPIF) wants more than $9 million in damages to cover losses linked to some of its investment in Toshiba, and that figure may grow.

In March this year, the company said its US units were cooperating with US authorities over alleged accounting irregularities.