Air Deccan ready for 'UDAN' from Northeast in December

Under the Centre's UDAN scheme, air fares are capped at Rs 2,500 per person for an hour's flight. 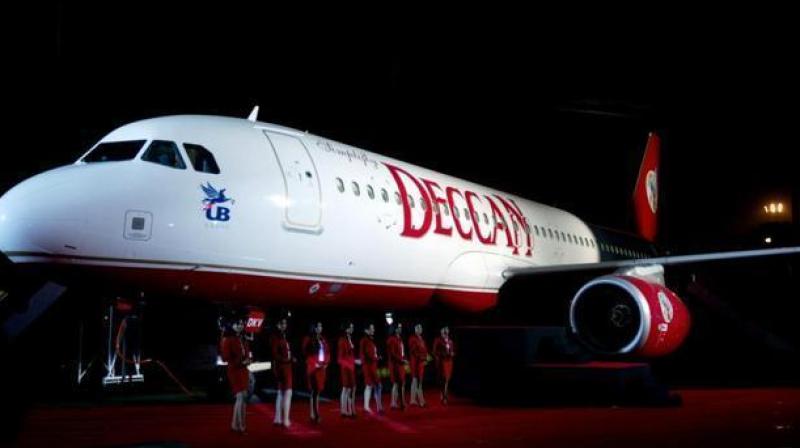 The low cost carrier (LCC) will use an 18-20 seater aircraft to carry out the operation. (Photo: AFP)

Under the Centre's UDAN scheme, air fares are capped at Rs 2,500 per person for an hour's flight to Tier-2 and Tier-3 cities in which the government will provide subsidy for flying with such low fares.

"Air Deccan authorities have given the schedule saying that they would start operating from December 15, this year," M K Nayak, the director of Shillong airport told PTI.

The low cost carrier (LCC) will use an 18-20 seater aircraft to carry out the operations, the airport director said. Air Deccan will use Shillong as a hub and it will connect the hub with other destinations in the region such as Agartala, Aizawl and Imphal, he said.

The airline will also operate flights between Kolkata and Agartala, the director added. The Centre had recently asked Air Deccan to start operations from the region by making Shillong as a hub after the airline failed to meet the deadline for launching flights on the routes it had bagged under the UDAN scheme.

At present, Alliance Air, the regional arm of Air India, connects Shillong to Kolkata. The airport director said since Shillong airport is a hub for regional connectivity, the Airports Authority of India (AAI) has provided facilities for refuelling aircraft.

Nayak also said that a growth in the tourism sector is also expected once Air Deccan starts operating flights. The northeastern region will immensely benefit, he said.