Over 50 pc Indians now use cards on international travels: NiYO 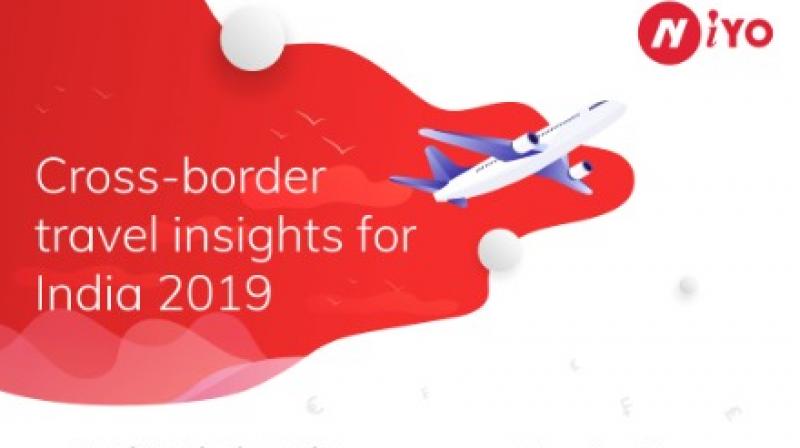 Indian globetrotters are also not afraid to explore far-off destinations across Europe, the Americas and other continents.

Mumbai: Over 50 per cent of Indians are using cards — credit, debit and prepaid — as their primary payment instrument on foreign travels, even as a large number of tourists also carry foreign exchange as a backup.

USA, Canada and Europe accounts for the highest digital transactions (higher card payments). The US dollar, Euro, UAE Dirham, British Pound and Singapore Dollar are the top 5 international currencies — contributing to 61 per cent of all spends by Indians.

These were some of the interesting findings of a survey on ‘Cross-border Travel Insights for India’ conducted by neo-banking enterprise NiYO in the run-up to World Tourism Day on September 27. The report is based on insights from 25,000 respondents who used the NiYO global card on their foreign trips in the last one year. These majorly include business, leisure and student travellers belonging to Delhi, Mumbai, Bangalore, Chennai, Kolkata, Pune and Hyderabad.

In other findings, there has been a significant increase in international travel during peak holiday seasons (May-June) and Christmas Eve (December), with the number of overseas trips going up by as much as 25-30 per cent. The survey also revealed that Indian outbound tourists spent maximum on shopping — duty-free goods, electronics and jewellery.

Group travels organised by travel agents and aggregators is the most common form of travel among Indian foreign travellers. More than half of Indian tourists take trips with family or friends, typically in groups of three and four. However, a third of Indians also travel solo, indicating growth in the backpackers sub-segment.

Indian globetrotters are also not afraid to explore far-off destinations across Europe, the Americas and other continents. At least 1 in 5 will visit multiple countries on a single trip, with countries in Europe and South-East Asia being the preferred destinations. Within Europe, France, Switzerland, Spain, Denmark and the UK are the top destinations.

NiYO Co-founder and CEO Vinay Bagri said, “With increasing disposable income, expenditures by Indian foreign travellers are expected to grow up to $136 billion (Rs 9.5 lakh crore) by 2021. Online bookings are likely to grow by USD 24 billion during the same period. This will create immense business opportunity for digital banking players such as NiYO, which is making international spends safer and more convenient for outbound Indian tourists.”

The average spend per trip is also higher among frequent flyers, indicating a significant growth in the business travel segment and higher socio-economic profile.