The model would be manufactured at the company's Sanand plant and will be exported to major markets including Europe and the Middle East. 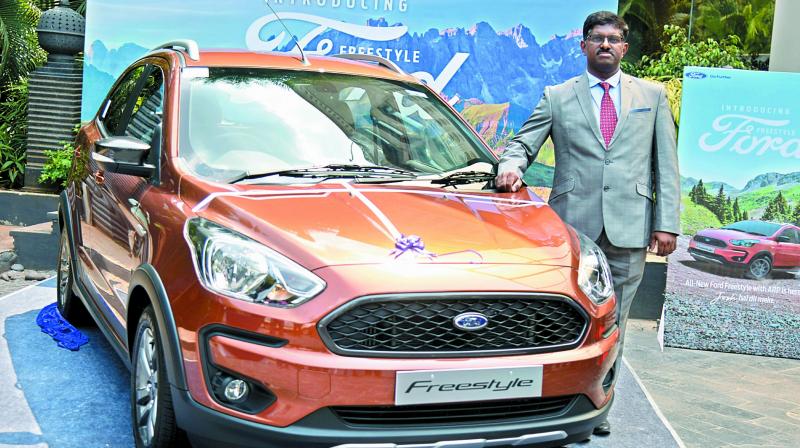 Hyderabad: While there is huge demand for utility vehicles, a section of customers, who want both compact and style, was going unrepresented in  India, according to a Ford India official.

Speaking at the launch of compact utility vehicle  Freestyle, Ford India general manager (sales and marketing) Antony C. Kurian said, “Research showed that a section of customers wanted to buy a compact car but also wanted it to have the style of a UV. Listening to the customers, we came out with India’s first CUV.”

He added, “Ford Ecosport, which has been quite successful, has gone on to set a trend. We hope to replicate the same success with Freestyle.”

When asked about the impact of rising oil prices on sales, Mr Kurian said that the whole industry is likely face to some pressure but then went on to highlight that Freestyle’s mileage to help customers chose their vehicles.

On India strategy, Mr Kurian said, “While the United States prefer large vehicles and people in Europe seek for compact vehicles. Indians, however, seek a mix of both compact and style for their vehicles. Based on the demand, we review our strategy from time to time.”

The model would be manufactured at the company's Sanand plant and will be exported to major markets including Europe and the Middle East.