Hindustan Zinc is expanding all its mines to meet the growing demand. 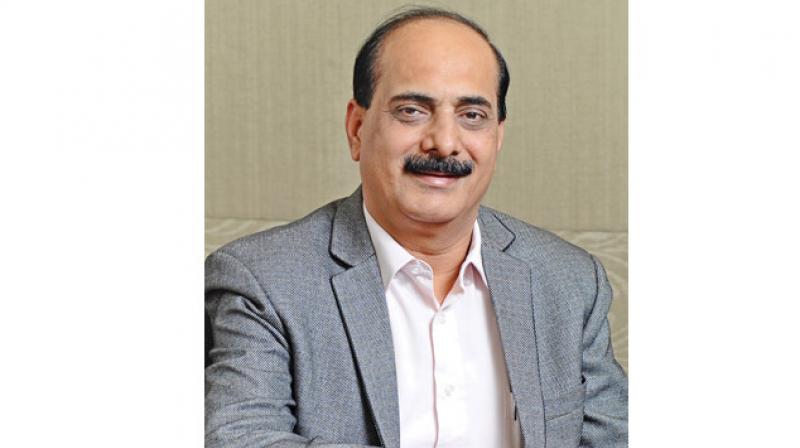 New India’s only and the world’s leading Zinc producer, Hindustan Zinc, is all set to commission 2 new mills in Rajasthan with a joint capacity of 3 million tonnes of ore treatment with an investment of Rs. 600 crore.

Zawar has 4 mines with combined ore production capacity of 4 million tonneswhich is being expanded to 8 million tonnes in the next 5 years through mechanisation and switching over to tracklessmining.

Hindustan Zinc is transitioning to become a fully Under-Ground Mining Company by FY 2019.

Rampura Agucha Mine of the Company, the world’s second largest zinc producing mine and responsible for 75% of company’s total output and also the only opencastmine in the portfolio, is graduallymoving to underground mine operations. The 955 meters depth shaft sinking work at Rampura AguchaMine has already been completed and the developmentmuck is in progress. The Shaft is likely to be commissioned by Q3 of FY 2019.

The shaft sinking work at Sindesar Khurd mine has already been completed and commissioned and the shaft has reached a depth of 1050meters. After the commissioning of new mills, the ore treatment capacity will increase to 14.7 million tonnes from the current 11 million tonnes per annum.

The CEO of Hindustan Zinc, Sunil Duggal informed that, “Setting up of new mills is part of our plan to match growing demand of Zinc in India.With+3 million tonnes of additional treatment of ore, we would be able to increase substantial volume of metal. We are on our course to produce 1.2 million tonnes of metal and moving steadily to produce 1.5 million tonnes. We are investing close to Rs. 600 crore to set up these two new mills. Our Fumer Plant is also on track for commissioning soon. This will give us technology to extract Lead and Silver from waste”

The Company is also setting up Fumer Plant to further improve recovery of metals from the slag which will also boost its metal production, particularly Lead-Silverwith an investment of Rs. 570 crore. The company has plans to put-up three Fumer plants overall at its locations in Rajasthan.

Though ore production capacity of all the mines put together is 12.20 Mtpa, the actual ore production in the year 2016-17 was 11.87 million tonnes. The company is aiming to expand the mine production levels to 13.10 mtpa in the current financial year and reaching to 17.50mtpa in the next three years, i.e. by FY 2020.

According to the metals and mining analyst, the grade at Rampura Agucha open cast mine is 13 percent and the under-ground mine would be also similar. Globally the average grade varies between 3-6 percent and that gives a huge advantage toHindustan Zinc in global market. Even the cost of production of Hindustan Zinc, which is about $800 per tonne, is 30 percent lower than that of the global peers.

Since disinvested in 2002, Hindustan Zinc has invested over USD 3 Billion towards its 4 phases of expansion programs to reach to metal production capacity of 1 million tonne.

The global zinc market is expected to grow at a CAGR of 3.96% during the period 2017- 2021. The zinc consumption in India is too increasing every year and eventually the issue of corrosion in the new sectors like automobiles, railways, use of galvanised re-bars in coastal structures, electricity distribution network, defense, agriculture, metro railways will also drive zinc consumption in India.