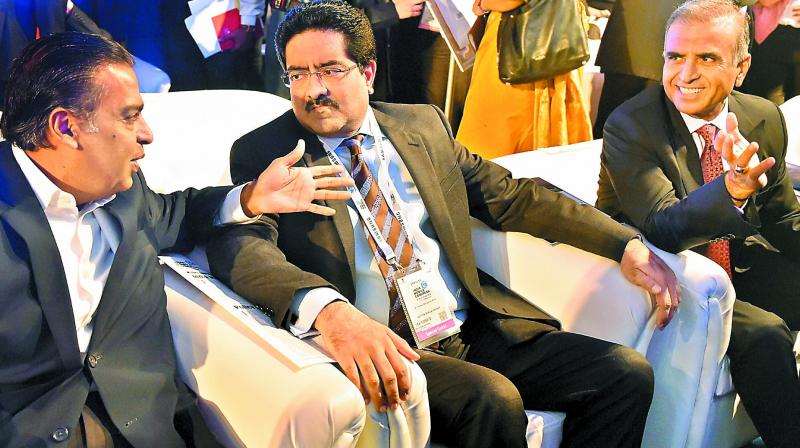 New Delhi: Telecom czar Sunil Bharti Mittal on Thursday said consolidation in Indian telecom sector has come about at “significant pain” of nearly $50 billion of investment write-off and job losses, and went on to flag high taxes that the sector faces.

Speaking at the inaugural session of India Mobile Congress 2018, Mr Mittal who is the chairman of telecom major Bharti Airtel, rued that the telecom sector remains highly taxed just like the tobacco industry, when it is contributing to India’s digital aspirations.

“In India, for every Rs 100 that mobile operators earn, nearly Rs 37 goes towards one form of levy or the other. I cannot see how this contradiction can exist...where on one hand we have PM’s vision of digitally enabled India ...which requires tremendous amount of investment, on the other hand we keep the spectrum prices and our licence fee very high...and of course the GST is at 18 per cent which almost at the highest tax bracket,” Mr Mittal said.

This needs to be resolved, Mr Mittal said, adding he is happy that the National Digital Communications Policy (NDCP) captures the outstanding issues like doing away of dual taxation, accelerating Merger and acquisition process, and reducing litigation in the sector.

He also said the industry has now reached the “right structure” but noted that the consolidation of the Indian telecom market did not take place in an orderly manner except in case of Vodafone Idea merger.

“Many operators had to go through significant amount of pain and job losses, nearly 50 billion dollars has been written off and now we have arrived to a point where we are in the right industry structure,” he said.

He said telecom markets globally are moving towards having 2-3 operators and added that in India, too, consolidation had paved the way for three private players and one state operator to cover over 1.2 billion people.

“As all of you are aware, the mobile industry is a heavy capital intensive industry, which requires continuous change of technology, requires laying of fibres, putting towers, so that we can reach the customer,” he said.

The industry is gearing up for 5G roll out and will “deliver” results just as it has over the last 24 years, Mittal said, but added that spectrum prices and charges need to be reasonable and affordable, and incidence of high taxation needs to be addressed.