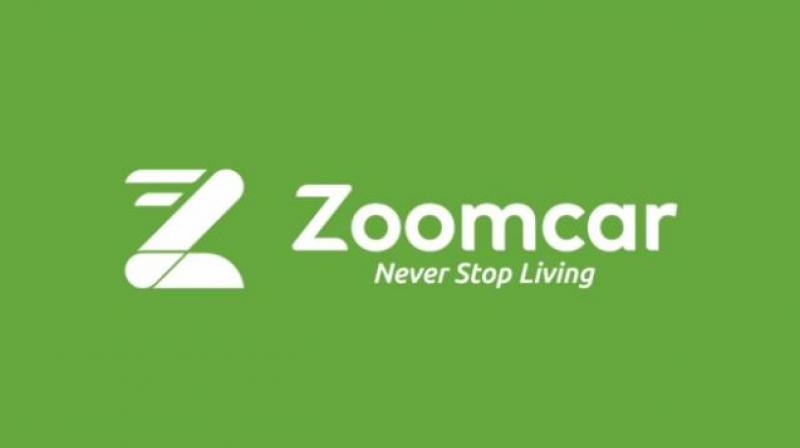 The platform is aiming to reverse the industry slowdown by integrating automakers with the ripe digital market of India and converting the non-intenders through a tech revolution.

New Delhi: Zoomcar's shared subscription marketplace is currently moving about 12 per cent of the total urban passenger car units moved per year and is only behind Maruti Suzuki and Hyundai Motors in terms of volume. Riding on the mega trend of the mass consumer psyche of ‘accessibility over complete ownership of a car’, Zoomcar hits a massive 15000 car subscription run-rate through its shared mobility platform in Aug 2019 alone.

This feat makes it the third largest automobile player in India in terms of volume moved, just next to Maruti Suzuki and Hyundai Motor India by taking the August 2019 sale numbers. Notably Zoomcar also broke a record in March this year by driving 3,200 car subscriptions and becoming two-times larger than the largest car dealership of the country.

Since then its shared subscription platform has grown by a solid 5X to achieving an effective run-rate of 15000 units per month. The platform has recently tied up with multiple automobile players including Nissan, Toyota, Volkswagen, and Renault and introduced their fleet/models onboard.

The platform is aiming to reverse the industry slowdown by integrating automakers with the ripe digital market of India and converting the non-intenders through a tech revolution. With India’s ongoing digital drive, internet base in India has already crossed the 500-million mark and is likely to reach 650 million by the end of this year. This presents a ripe digital market of ever-connected consumers.

Traditionally all OEMs target the top 10 percentile or the more affluent class (SEC A) of the population in terms of income when it comes to car ownership. However, Zoomcar through its shared subscription platform successfully breaks down the entry barriers to car ownership like hefty down payment, car loan, cost of ownership etc.

Interestingly, 90 per cent of the subscribers of Zoomcar are non-intenders. They never thought of owning a car. But due to compelling features of the Zoomcar subscription platform like zero down payment, no car loan, no maintenance cost and no insurance cost, suddenly having a car is no more a gruesome and financially crumbling option/choice.

Also due to Zoomcar’s tech ability and an all connected app ecosystem, when you are not using your subscribed car, you can list it back on Zoomcar through a few taps on its subscriber’s app to share the car with its short term renters and offset the subscription cost by up to 70 per cent which makes the subscription cost drastically lesser than the monthly EMI of the same model.

This suddenly makes a car more accessible and affordable than before and now the mass middle class (SEC A + SEC B) whose majority population were non intenders can suddenly afford a car.  This is a classic example of democratising a product using technology.

This just quadrupled the size of the market that now can/want to have an access to a car. As a market catalyst, Zoomcar can help revitalise the demand by familiarising new-age consumers with hassle-free car ownership. At the same time, the tech-driven platform will be increasing the sales of automakers while being in tandem to the mass market trend of choosing access over ownership.

Greg Moran, Co-Founder and CEO, Zoomcar said, “Our vision is to acquaint new-age customers with hassle-free car ownership. At Zoomcar, we have always empowered our customers with better mobility alternatives and will continue doing so at scale. This also positively affects the automobile industry as it eliminates the economic barrier to entry of various socioeconomic groups. It, simultaneously, drives digital technology towards the sector, which has missed the digital influx to a great extent till now.

With the ongoing digital wave in India, the platform can bring about a seismic shift in the automobile industry by driving up pan India car usage, especially with its fast-growing business footprint throughout the country.