The bench posted the matter for further hearing on September 11. 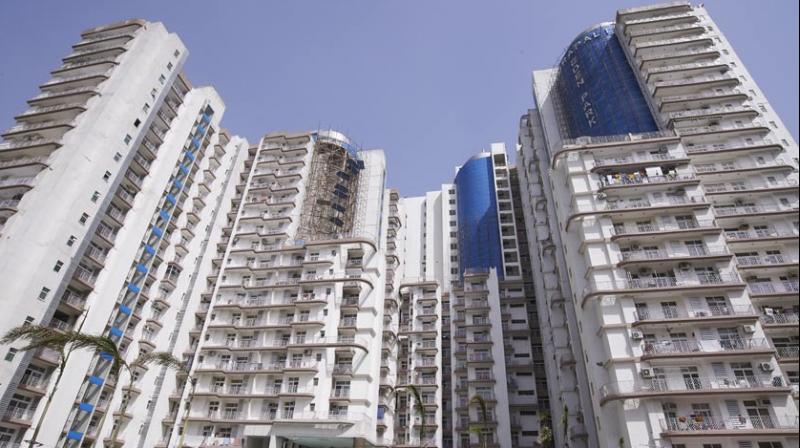 The court had on August 13 asked the Noida and Greater Noida authorities to grant completion certificates to thousands of harassed home buyers residing in various Amrapali projects. (Photo: amrapali.in)

New Delhi: The Supreme Court on Monday directed that a forensic audit report be given to the Enforcement Directorate, Delhi Police and the Institute of Chartered Accountants in India (ICAI) for taking appropriate action against Amrapali directors and auditors for siphoning off over Rs 3,000 crore of home buyers' money.

A bench of justices Arun Mishra and U U Lalit also directed the apex court registry to disburse Rs 7.16 crore deposited by the Amrapali group to the National Buildings Construction Corporation (NBCC) for completion of stalled projects of the group.

The bench also directed the Noida and Greater Noida authorities to set up a nodal cell for issuing completion certificate to home buyers. It also directed the authorities to depute one officer not below the rank of deputy manager to coordinate with the court receiver, senior advocate R Venkataramani, in dealing with the affairs of Amrapali. The bench posted the matter for further hearing on September 11.

The court had on August 13 asked the Noida and Greater Noida authorities to grant completion certificates to thousands of harassed home buyers residing in various Amrapali projects in compliance with its verdict and warned that the officials concerned will be sent to jail if they fail to do so.

On July 23, the apex court had cracked its whip on errant builders for breaching the trust reposed by home buyers and ordered cancellation of the registration of the Amrapali Group under the real estate law RERA, and ousted it from its prime properties in the NCR by nixing the land leases.