Hindujas fight over fortune: Over $11 billion family assets at stake

Hinduja brothers signed a document saying assets held by one brother belong to all, and each of them will appoint others as their executors 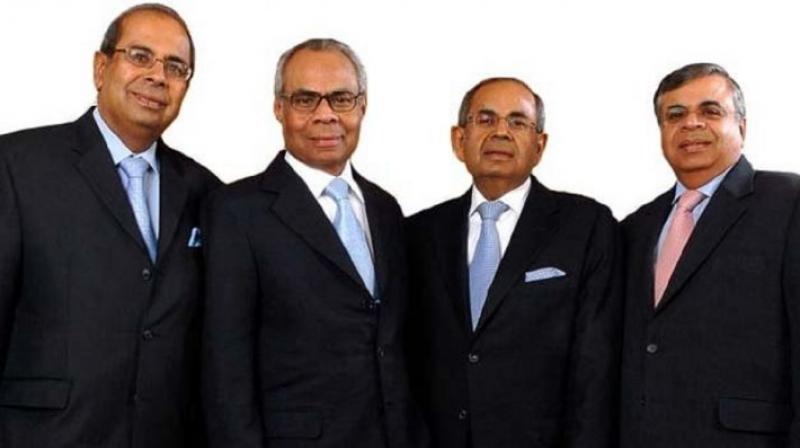 New Delhi: A USD 11 billion business empire spread over 38 countries that includes banks, India's second-largest truck maker and lubricant making firms is at the heart of a legal dispute in the Hinduja family that is now playing out in a London court.

The four Hinduja brothers -- Srichand, Gopichand, Prakash and Ashok -- had in 2014 signed on a document saying the assets held by one brother belong to all, and that each of them will appoint the others as their executors.

But now family patriarch Srichand Hinduja, 84, and his daughter Vinoo want the letter to be declared of "no legal effect" and the family's assets be separated as per his wish of 2016.

Differences among the brothers cropped up over control of a bank the group has in Switzerland.

Gopichand, Prakash and Ashok tried to use the 2014 letter to take control of Hinduja Bank -- an asset that was in Srichand's sole name, resulting in the legal battle, according to court documents.

Vinoo and Srichand Hinduja now want the court to agree that the document has no legal standing and can be revoked.

Hinduja Bank has Shanu Hinduja, the other daughter of Srichand, as chairperson, and her son Karam was appointed CEO just last week.

It was not immediately known if the 2014 document, which is at the centre of the dispute, is an informal agreement, a will or the basis of a family constitution.

Three Hinduja brothers -- Srichand, Gopichand and Prakash -- were in the 1980s accused of taking a commission from Swedish firm Bofors to secure them a defence contract of procuring heavy artillery for India. However, the charges against them could not be proven in court and they were acquitted.

Lubricant maker Gulf Oil Lubricants India Ltd is the other listed firm of the group, while promoters hold 14.34 per cent in IndusInd Bank Ltd that has a market-cap of over Rs 33,000 crore.

According to the company website, Hinduja Group was started by Parmanand Deepchand Hinduja with an office in Iran. "Merchant Banking and Trade were the twin pillars of the Group's business. The Group remained headquartered in Iran till 1979. It then moved to Europe," it said.

The group also has a BPO, the Bengaluru-headquartered Hinduja global Solutions (HGS). It had through Gulf Oil Corp Ltd acquired lube and industrial oil maker Houghton International in December 2012.

Besides IndusInd Bank, the group in 1994 set up Hinduja Bank (Switzerland) Ltd.

The group's NXTDigital offers cable and DTH services. Hinduja Realty Ventures (HRVL) is the flagship real estate development arm of the group which also runs a hospital in Mumbai.

Eldest of the four brothers, Srichand is the chairman of the Hinduja Group, Hinduja Bank of Switzerland and Hinduja Foundations. He has two daughters -- Shanu and Vinoo.

Youngest of the siblings, Ashok, 69, is the chairman of Hinduja Group of Companies (India). He has two daughters, Ambika and Satya, and one son, Shom.

Ashok Leyland, Gulf Oil and IndusInd Bank, the three BSE-listed firms, do not have any individual shareholding of the family, as per data provided by the companies to the exchange. These companies have promoter group entities holding stakes.

Hinduja Global Solutions, the BPO service provider, is the only group company that has members of the Hinduja family directly holding shares.

No Hinduja family member holds any direct stake in Ashok Leyland, as per the BSE data.

It is not known how much each brother holds in these companies. The brothers have been ranked together in rich lists.

Among the third generation of the family Vinoo, Sanjay, Dheeraj, Ajay, Ramkrishan (Remi) and Shom Hinduja are involved with the group, while Shanu, Ritu, Ambika and Satya Hinduja are not engaged in the business.

Their cousins Vinoo, Shom, Ambika and Shanoo are listed under the promoter group of Hinduja Solutions.