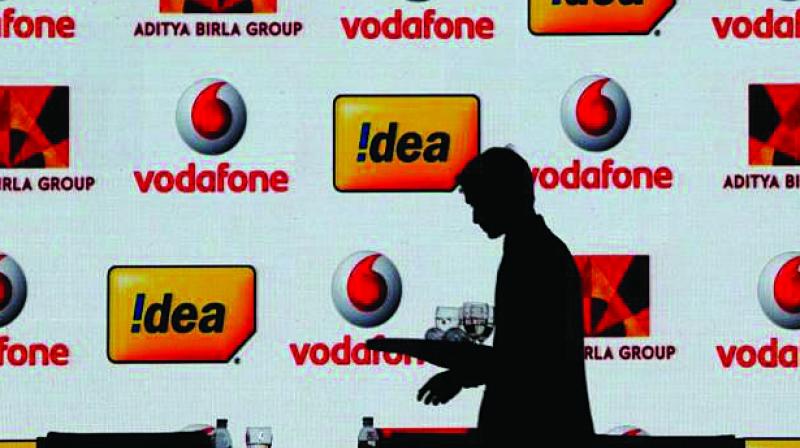 As per NSE data, bids for 1,109 crore shares were received by the rights issue, which was open between April 10 and April 24.

Mumbai: Vodafone Idea has raised Rs 25,000 crore through its rights issue, which got subscribed 1.07 times, enabling the company pare debt and have a war chest to ward off competition from rivals like Reliance Jio.

As per NSE data, bids for 1,109 crore shares were received by the rights issue, which was open between April 10 and April 24. The country's largest telecom operator offered 2,000 crore new shares at Rs 12.50 apiece.

The banker said that the data published by stock exchanges does not include subscription that goes to the registrar directly under Applications Supported by Blocked Amount (ASBA) facility.

Bankers said that the rights issue entitlement worth about Rs 2,000 crore renounced by Malaysia-based Axiata Group has gone through the ASBA route.

Axiata held 71.2 crore shares; and in the ongoing rights issue, it was entitled to subscribe 163 crore shares worth about Rs 2,000 crore.

Promoter shareholders—Vodafone Group and Aditya Birla Group—have reiterated to the board that they intend to contribute up to Rs 11,000 crore and up to Rs 7,250 crore, respectively, amounting to a total of Rs 18,250 crore, as part of the Rs 25,000-crore rights issue.

According to a JM Financial report, minority shareholders will need to make an investment of at least Rs 5,410 crore in the rights issue to keep promoters' holding at 75 per cent, to comply with the Sebi norms.

The banker said that the investment of over Rs 8,400 crore through the non-promoter equity portion has come, as per data available on Wednesday night--when the issue closed, and the final figure will be published tomorrow.

Vodafone Idea shares closed at Rs 16.90 on the BSE, down by 1.74 per cent compared the previous close.