On September 18, passing an order, the NCLAT had restrained Bakshi from travelling abroad without its permission. 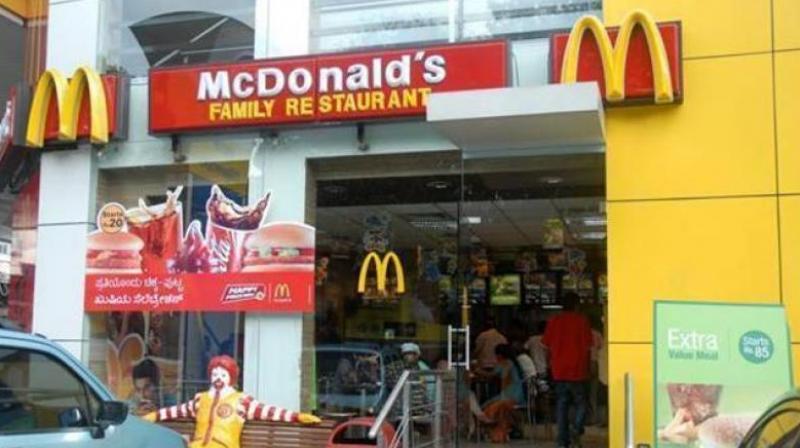 On May 6, estranged partners McDonald's and Bakshi had told the NCLAT that they were working towards an out-of-court settlement to end their dispute. (Photo: PTI)

However, a two-member NCLAT bench headed by Chairperson Justice S J Mukhopadhaya permitted his wife Madhurima Bakshi to travel to Thailand to attend a family function and return by November 9.

Earlier on October 23, the appellate tribunal had come down on Bakshi heavily observing that he had committed a fraud by not following the Debt Recovery Tribunal (DRT) orders and had put a condition to deposit Rs 5 crore each for him and his wife as security for flying abroad.

During the proceedings, Bakshi's counsel sought permission to withdraw the application seeking permission to travel and requested the NCLAT to allow his wife to travel as she was not holding any shares. Allowing this, the NCLAT said: "Given the facts and circumstances of the case, we allow her to travel abroad to Thailand for a family weeding."

The Housing and Urban Development Corporation Ltd (HUDCO), which is an intervener in the matter, claiming a due of around Rs 194 crore from Bakshi, opposed the move and contending that some financial considerations should be imposed.

However, this was rejected by the NCLAT saying that HUDCO never had prayed for this before the appellate tribunal.

On September 18, passing an order, the NCLAT had restrained Bakshi from travelling abroad without its permission saying that it will review the settlement between McDonald's and him over the sale of his shares in Connaught Plaza Restaurants Ltd (CPRL). CPRL owns and operates restaurants of US-based food major in north and east regions.

The NCLAT had said the settlement reached between McDonald's and Bakshi was prima facie in violation of a Debt Recovery Tribunal order and it "would not be given effect to".

On May 6, estranged partners McDonald's and Bakshi had told the NCLAT that they were working towards an out-of-court settlement to end their dispute.

McDonalds's announced an out-of-court settlement with the fast food chain in May, agreeing to buy Bakshi from their joint venture that operated outlets of the US firm in north and east India.

The details of the pact, including financial terms, were not disclosed.

Following that both Bakshi and McDonald's had approached the NCLAT to withdraw cases filed against each other and it was opposed by Hudco, which is claiming Rs 194 crore in dues.