The phone will be available for a special preview sale on Flipkart, Samsung e-shop and at Samsung Opera House. 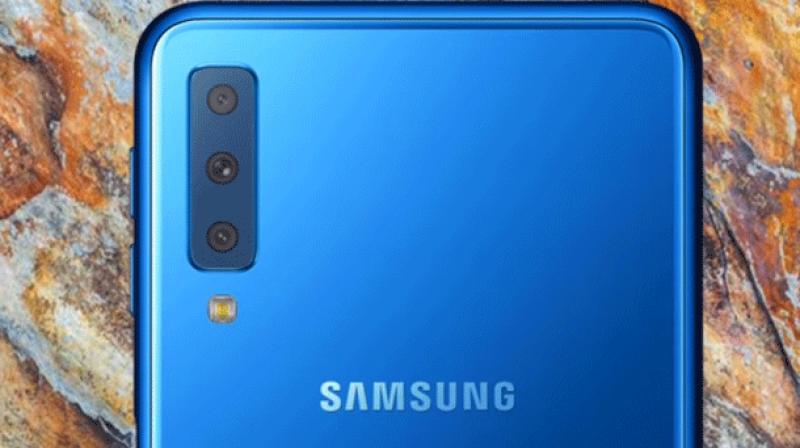 Samsung on Tuesday unveiled its first triple camera smart phone, the Galaxy A7, with an ultra wide lens that allows one to capture unrestricted wide-angle photographs. (Photo: Youtube)

Bengaluru: Samsung on Tuesday unveiled its first triple camera smart phone, the Galaxy A7, with an ultra wide lens that allows one to capture unrestricted wide-angle photographs.

By the end of September, it would be available across 1.80 lakh outlets, he said.

The Galaxy A7 has got an ultra wide lensthat allows one to capture unrestricted wide-angle photos, hesaid.

In the new triple camera set up, there is an additional 8MP 120 degree ultra wide lens which has the same viewing angle as the human eye, Babbar said.

"This allow users to capture unrestricted wide angle photos exactly like what one can see," he added.

Galaxy A7 would further strengthen Samsung's leadership in the mid-range segment, which has been bolstered by the recent launch of Galaxy J6+ and Galaxy J4+, Babbar said. "The devices come in just ahead of the festive season, thus adding to the consumer delight," he added.