Cess rates under GST on mid sized and large cars and SUVs have been increased by 2, 5 and 7 pc respectively. 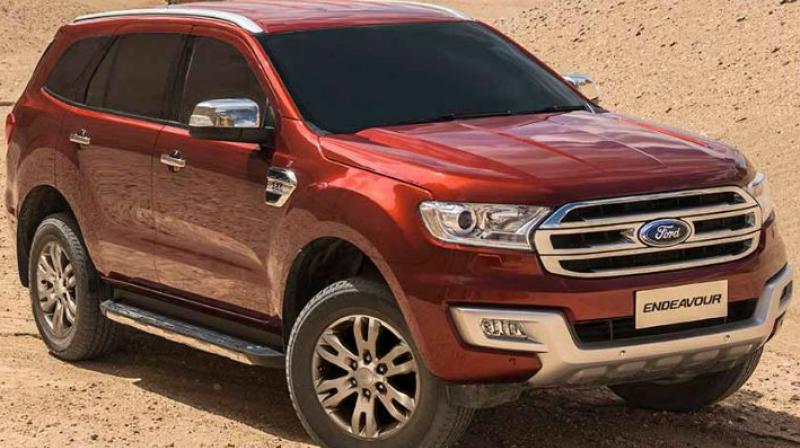 The company sells a range of vehicles in the country, from Figo hatchback to iconic Mustang sedan.

New Delhi: Automaker Ford India has raised prices of its premium SUV Endeavour by up to Rs 1.8 lakh following hike in GST cess rates. The company sells a range of vehicles in the country, from Figo hatchback to iconic Mustang sedan.

"Price of Endevour has gone up in the range of Rs 1.2 lakh to Rs 1.8 lakh depending on the variant," a company spokesperson told PTI.

The impact on company's other models has not been much, the spokesperson added.

The cess rates, under the Goods and Services Tax (GST), on mid sized and large cars and SUVs have been increased by 2, 5 and 7 per cent respectively.

Under the GST regime, which was rolled out from July 1, cars now attract the highest tax slab of 28 per cent and on top of that is the cess ranging from 1 per cent to 22 per cent.