Company exuded confidence of completing the transaction by next month. 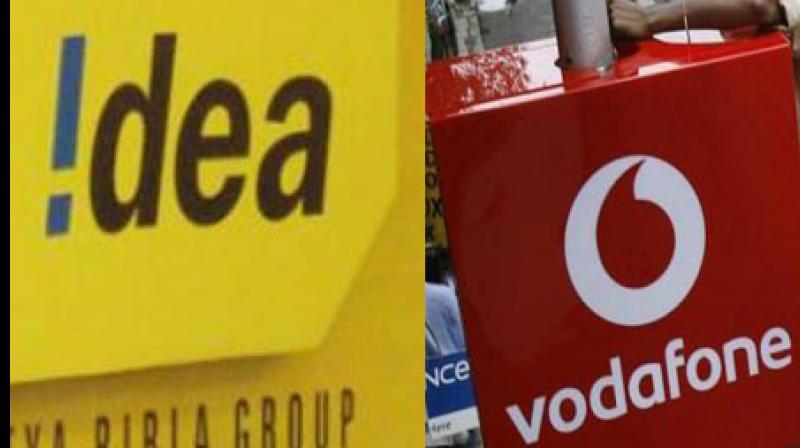 Idea Cellular and Vodafone announced to merge operations in March last year and were targeting to seal the merger by June.

The London-headquartered company had posted revenues of 1.387 billion euro under the IAS18 accounting standards for the corresponding period last year.

Having bagged the Department of Telecom nod for its merger with Idea Cellular, the company exuded confidence of completing the transaction by next month.

The British telecom company said the service revenues, excluding the impact of the mobile termination rate cuts, declined by 9.6 per cent for the reporting quarter. When compared to the preceding March quarter, the service revenues declined 0.2 per cent, the company said, stating that this was due to prepaid prices being stable during the three months.

A move away to 'single SIM' ownership due to unlimited plans saw the number of customers decline by three million during the quarter to 219.7 million and mitigated the pricing pressures, it said.

Over 29 per cent of its prepaid users have availed the unlimited offers, it said, adding 77 million of its customers are using data, of which 20.9 million are on 4G.

It said the steep decline in prices has quadrupled Indian data traffic and customers are now using an average of 4.6 GB of data every month, against 2.8 GB in Europe.

On its merger with Idea Cellular, the company said the Aditya Birla Group company has paid 0.5 billion euro in spectrum liberalisation fees and also provided a bank guarantee to cover certain disputed demands which are the subject of ongoing court cases.

"In India, where competition remains intense, we have now received conditional approval from the Department of Telecoms for the merger of Vodafone India and Idea Cellular, which we aim to close before the end of August, allowing us to unlock substantial synergies," its group chief executive Vittorio Colao said.

It can be noted that in face of rising competitive pressures after the launch and aggressive play of the deep-pocketed Reliance Jio, all the entrenched companies have faced varied pressure on finances. It has led to withdrawal of a few operators and also bankruptcies.

Idea Cellular and Vodafone announced to merge operations in March last year and were targeting to seal the merger by June. The company said it is also making good progress on merger of Indus Towers into Bharti Infratel, and has received approvals from the Competition Commission of India and Sebi this month.