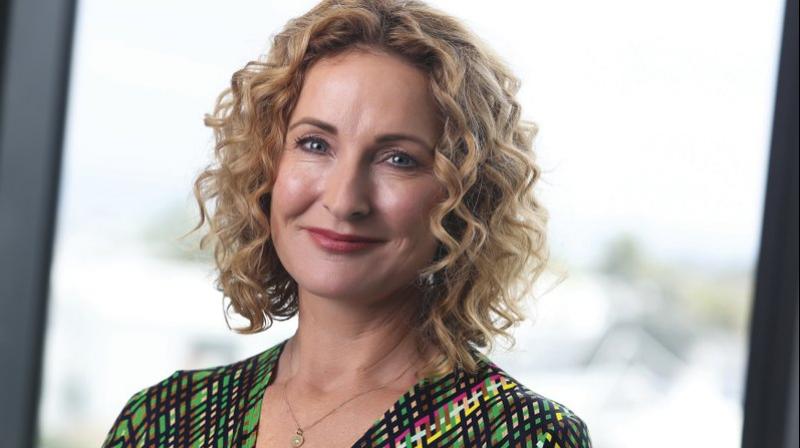 This image provided by Stuff, shows CEO Sinead Boucher in Auckland, New Zealand Nov. 28, 2019. Stuff, one of New Zealand's largest media organizations has been sold for a single dollar to the chief executive, Sinead Boucher in a management buyout that would be completed by the end of the month. (AP Photo)

WELLINGTON: One of New Zealand’s largest media organizations is being sold for a single dollar to its chief executive, the owners announced Monday.

The organization Stuff prints many of the nation’s daily newspapers and runs a popular news website of the same name. It employs about 900 staff, including 400 journalists.

In a statement to the Australian stock market, Nine said Stuff would be sold to CEO Sinead Boucher in a management buyout deal that will be completed by the end of the month.

“We have always said that we believe it is important for Stuff to have local ownership and it is our firm view that this is the best outcome for competition and consumers in New Zealand,” said Hugh Marks, the CEO of Nine.

Boucher said she’s been “blown away” by the positive feedback she’s been receiving about the purchase.

“I feel really happy, relieved and proud. It’s been a really intense couple of weeks getting to the finish line,” she said.

Boucher, 49, began her career as a reporter for The Press newspaper in Christchurch and later helped lead some of the company’s digital innovations.

She said she has no immediate plans for any staff reductions or newspaper closures, although added the ownership change isn’t a silver bullet to cure the issues that Stuff and other media companies are facing.

Boucher said she would look to increase revenues from online readers. Stuff last month set up an option for readers to donate money.

Boucher said she is purchasing Stuff through a limited liability company and is working through the details of a plan to transition the ownership by giving staff a direct stake as shareholders in the company.

The deal brings to an end the efforts of rival media company NZME to buy Stuff.

Discussions between the two companies turned acrimonious and ended up in the hands of lawyers. The High Court last week declined an interim injunction sought by NZME that could have delayed the sale to Boucher.

Nine said that as part of the deal, it will retain ownership of a printing plant in Wellington and lease it back to Stuff. It will also get some of the profits from the recent sale of company offshoot Stuff Fibre, an internet provider.

Most New Zealand media companies have been struggling since the pandemic struck. Stuff has temporarily cut employee’s pay while NZME has announced plans to cut 200 jobs.

Last month, German company Bauer Media closed its New Zealand operation and stopped publishing many of the country’s magazines. And broadcaster MediaWorks on Monday told staff that 130 positions would be cut.