Sahara in talks for sale of foreign hotels, 30 domestic assets

Sahara group has also been saying that it has till now deposited around Rs 12,000 cr in Sebi-Sahara account. 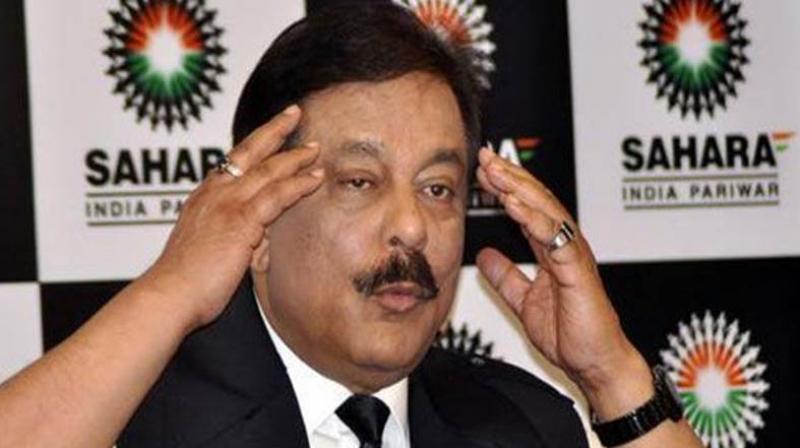 New Delhi/New York: The embattled Sahara group is in talks for sale of its three prized foreign hotels, while final bids are being evaluated for auction of its 30 domestic properties estimated at about Rs 7,500 crore.

While more than 250 Expressions of Interest (EOIs) were received for sale of the 30 domestic properties across India for the auction being conducted by Knight Frank India, sources said several of the interested parties, including some big corporates, have also submitted their final bids now.

While the identity of final bidders could not be ascertained, sources said 25-26 interested parties have submitted final bids. Those having submitted EOIs had included Tatas, Godrej, Adani and Patanjali, as also several real estate developers such as Omaxe and Eldeco.

Besides, some high net worth individuals (HNIs) and a public sector company had also submitted EOIs for the assets. Sources added that talks are also underway for sale of three foreign hotels -- Plaza and Dream Downtown in New York and Grosvenor House in London.

A New York Post report said that Saudi Prince Al-Waleed Bin Talal has partnered with Ashkenazy Acquisition Corp, which owns several properties in New York, for the buyout of Sahara's stake in the Plaza Hotel. However, a Sahara group spokesperson said "no such deal is on table for the Plaza".

Replying to a PTI query, the spokesperson said all the three hotels are "cross-collaterised so only Plaza can not be sold". Sahara, however, did not reply to queries regarding the valuation being sought for the three hotels. Several deals have fallen apart in the past for sale of these assets.

On reports about Sahara group's luxurious Aamby Valley resort township being valued at just about Rs 43,000 crore, the group said the enterprise value is "definitely above Rs 1 lakh crore" and it is the "circle rate which is coming to around Rs 43,000 crore".

On status of the auction for 30 domestic properties, the spokesperson said, "Final bids for 30 properties are in process. It is quite early, so we can not comment anything at this stage. And moreover it is being dealt by Knight Frank India".

The group is focused on raising funds to be deposited with the markets regulator Sebi as per the Supreme Court orders. Sahara Chief Subrata Roy last month appeared before the Supreme Court which extended his parole till June 19 with a warning that failure to pay Rs 1,500 crore, as promised, may again land him in jail.

This followed an affidavit and a personal undertaking of Roy that he will pay Rs 1,500 crore on or before June 15 and Rs 552.22 crore exactly a month thereafter. Sahara group claims to have already repaid more than 93 per cent of the OFCD liability of the two companies -- Sahara India Real Estate Corporation Limited and Sahara Housing Investment Corporation Limited, to their investors.

It has maintained that all the original documents of the repayments have been submitted to Sebi but the regulator is yet to start verification of the investors and repayments.

In addition, Sahara group has also been saying that it has till now deposited around Rs 12,000 crore in Sebi-Sahara account, while the total money amounts to about Rs 15,000 crore after including the interest earned on this.

The two Sahara firms had raised Rs 24,029.73 crore by issuing Optionally Fully Convertible Debentures (OFCDs), which they were asked to deposit with Sebi for further refund to investors.

The group claims to have already repaid more than Rs 22,000 crore of the liability and maintains that Rs 12,000 crore deposit with Sebi was in addition to that, resulting in "duplication of payment".

Sahara has also been maintaining that Sebi, in the last four years, has repaid less than Rs 100 crore to investors, including about Rs 40 crore of interest to be paid.