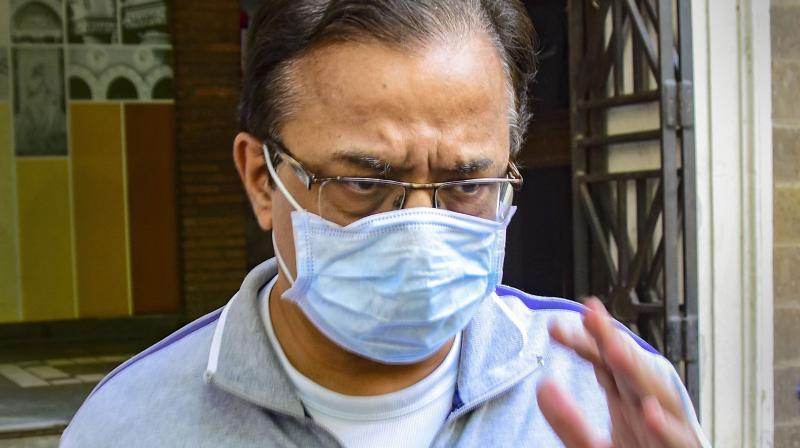 Yes Bank promoter Rana Kapoor being produced in court in Mumbai on March 16, 2020. Rana Kapoor was arrested by the Enforcement Ddirectorate after charges of alleged financial irregularities and mismanagement in the operations of the private bank surfaced and the RBI and Union government initiated action to control its affairs. (PTI)

New Delhi: More trouble seems to be brewing for Rana Kapoor and his family members as sources said that the Enforcement Directorate (ED) will soon initiate proceedings to attach assets belonging to the co-founder of Yes Bank as part of its money laundering probe against him.

According to sources, the agency has prepared a list of assets allegedly owned by Kapoor and his family members. “These assets will soon be attached,” sources said adding that three Delhi-based properties linked to his family members are also under the scanner. These properties are located in Chanakya Puri, Diplomatic Enclave and Hauz Khas, they said.

It is suspected that a majority of the properties are linked to Rana Kapoor's wife, Bindu Kapoor, who too is under the scanner as ED is probing suspicious transactions amounting to around ₹4,300 crore.

The ED as well as CBI have registered separate cases against Kapoor, his wife, their three daughters -- Rakhee Kapoor Tandon, Roshni Kapoor and Radha Kapoor -- and Dewan Housing Finance Ltd (DHFL) promoter Kapil Wadhawan for hatching a criminal conspiracy from April to June 2018 for extending financial assistance to DHFL by Yes Bank Ltd. For this, the Kapoors were paid kickbacks of ₹600 crore.

Meanwhile, the ED is also preparing to send judicial requests to authorities in the UK and USA to get details of the overseas properties allegedly linked to Rana Kapoor and his family members. These overseas properties include two luxury hotels — one in New York (worth over $20 million) and another in London (£30 million) — two residential apartments in London valued at £15 million each, and a yacht stationed off the UK, sources said.

A judicial request is issued by a competent court to a foreign court and processed by the Ministry of External Affairs on behalf of the investigative agencies to obtain information about individuals and entities. As per provisions of the Mutual Legal Assistance Treaty (MLAT), the agency can seek assistance from foreign agencies in those cases only which are criminal in nature.