Vedanta to invest close to USD 8 billion in next 3 years: Chairman 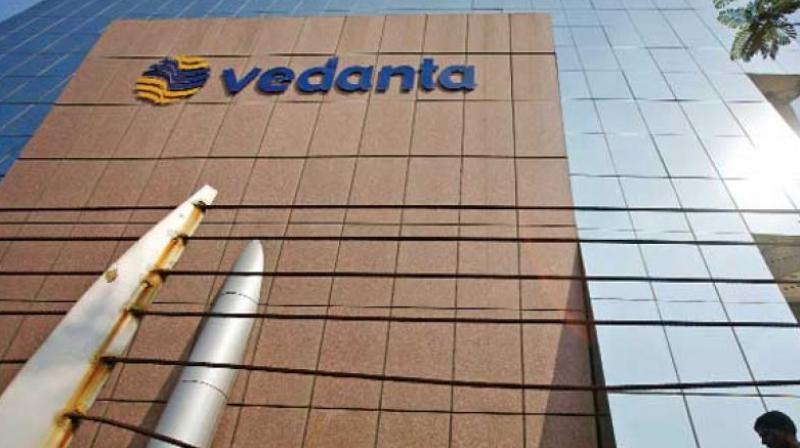 Metals and mining giant Vedanta Ltd on Friday said it will pump in around USD 8 billion (about Rs 56,000 crore) over the next three years on various projects across businesses.

New Delhi: Metals and mining giant Vedanta Ltd on Friday said it will pump in around USD 8 billion (about Rs 56,000 crore) over the next three years on various projects across businesses.

There is immense growth potential in sight, Vedanta Ltd Chairman Navin Agarwal said at the company's Annual General Meeting, where he made the investment announcement.

"As India's largest private sector oil producer, your company contributes 27 per cent to the domestic production and aspires to take it up to 50 per cent. Towards this, your company will be investing USD 3-4 billion over the next 2-3 years, in various growth projects," he said.

This year Vedanta had a record production in its zinc-lead-silver and aluminium businesses, he said, adding that it would further invest USD 3-4 billion in these businesses in the next 2-3 years.

On Tuticorin unit which has been permanently shut down by the Tamil Nadu government following the deaths of 13 people in police firing on protesters against the plant, Agarwal said the company is greatly grieved by the tragic loss of lives and has extended all possible support to the impacted families.

"Your company has been instrumental in the socio-economic transformation of the region. Our copper smelter strongly complies with all environmental norms and is, amongst the best, globally," he added.

In April, the Tamil Nadu pollution control board had rejected Vedanta Sterlite's plea to renew the Consent To Operate certification, saying the company had not complied with the stipulated conditions. Following this, the government had issued a permanent closure notice to the plant.

After Sterlite announced its plans to expand the Tuticorin plant, villagers around it started fresh protests that continued for over 100 days, culminating in the May 22 police firing on protestors that claimed 13 lives and left scores injured.

The need of the hour is to bring further changes in policies for natural resources sector, particularly the implementation of the much-awaited New Mineral Policy and ensure a level playing ground on imports and duties.

"Encouragement to explore and produce natural resources in India will lead to greater self-reliance, save billions of dollars in imports, generate immense employment opportunities, paving way for socio-economic development," the company said.

"Free cash flow stood at Rs 7,900 crore and we reduced our gross debt by Rs 8,500 crore," Agarwal said. During the year, the company acquired Electrosteel Steels Ltd, integrating it with its existing iron ore business.