Citing the voting pattern of promoters, Institutional Investor Advisory Services (IiAS) said the founders have never voted against any resolution. 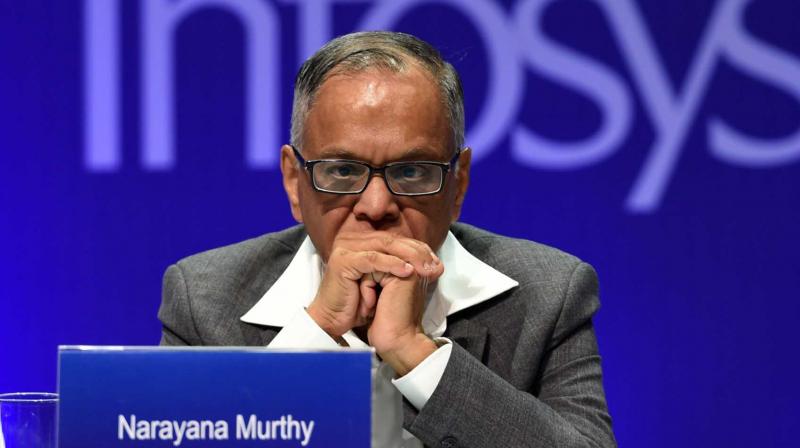 Mumbai: Concerned over the sharp erosion in the market value of Infosys following the sudden resignation of Vishal Sikka, some of the leading institutional investors in the company have written a letter seeking the return of co-founder Nandan Nilekani on the company’s board.

“The recent developments are very concerning to each one of us. After considerable thought and mutual deliberations, we strongly feel that the board of Infosys should invite Nandan Nilekani to join the board in a suitable capacity,” said the letter signed by the heads of around twelve institutional investors including mutual funds and insurance companies.

While mutual funds hold 8.96 per cent equity stake in the company, as at the end of June 30, 2017, insurance firms hold 11.02 per cent with the state owned Life Insurance Corporation of India (LIC) being the largest investor with an equity stake of 7.04 per cent. Oppenheimer Developing Marktets Fund is the biggest foreign portfolio investor (FPI) with a stake of 2.16 per cent.

After tanking close to 15 per cent in just two trading sessions after Mr Sikka’s exit, the stock of Infosys soared 1.98 per cent or Rs 17.35 on Wednesday to end the trading session at Rs 894.50 on the Bombay Stock Exchange.

“In our opinion, he enjoys the confidence of various stakeholders like customers, shareholders and employees. Given his credentials, we feel, that his joining the board at this stage, will restore confidence of stakeholders in the company and also facilitate resolution of the contentious issues that Infosys is facing presently,” the letter said.

Mr Nilekani was one of the company’s seven founders and served as its CEO between March 2002 to April 2007 before moving out in 2009 to take charge at the Unique Identification Authority of India (UIDAI).

Meanwhile, speaking to news agency PTI, Infosys ex-CFO V. Balakrishnan too favoured bringing back Mr Nilekani arguing that he is well connected with customers and had performed well during his tenure with the company.

“Mr Nilekani is a good global face and is most respected. Moreover, he has worked in large government projects... Aadhaar... He has the right credentials to come to the board. I personally think if at all he comes back, he should come in as the chairman and try to identify a good CEO. That will be ideal situation,” Mr Balakrishnan said. Earlier, IiAS too pitched for Mr Nilekani’s return  at the top job.