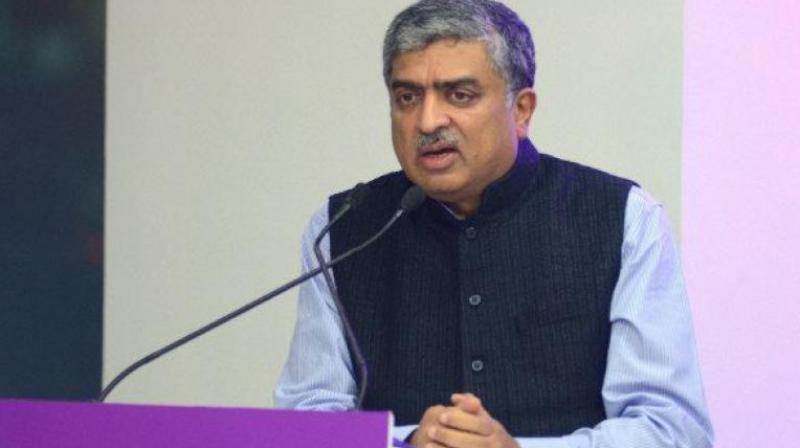 The surge comes a day after as many as 12 fund managers, representing institutional investors at Infosys

New Delhi: Shares of Infosys on Thursday surged by nearly 3 per cent on stock exchanges amid reports that co- founder and former CEO Nandan Nilekani may come back to the board of the IT major.

The surge comes a day after as many as 12 fund managers, representing institutional investors at Infosys, have suggested bringing Nilekani back on the board of the IT major to restore confidence of stakeholders and help resolve the leadership crisis.

This is the second major pitch for Nilekani after an investor advisory firm IiAS said the co-founder, who had served as CEO between March 2002 to April 2007 and later went on to head the UIDAI, should be brought back on to the Infosys board as its non-executive chairman.

The 12 fund mangers, in a joint letter according to sources written to Infosys chairman, among others, said Nilekani enjoys confidence of various stakeholders, including customers, shareholders and employees.

"Given his credentials, we feel that his joining the board at this stage will restore confidence of stakeholders in the company and also facilitate resolution of the contentious issues that Infosys is facing presently.

We do hope that you will consider the above and do the needful," said the signatories of the letter. The company's stock had crashed 10 per cent last Friday after shock exit of Vishal Sikka as CEO and 5 per cent more on Monday despite a share buyback announcement on Saturday.