Nandan Nilekani, former CEO and MD, is reportedly coming back at helm to captain the ship in turmoil. 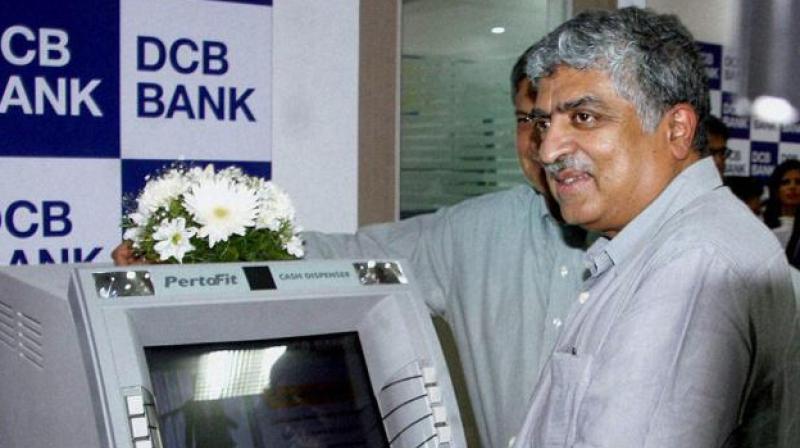 Mumbai: Are Infosys founders hatching conspiracy to take back control of the Rs 64,000 crore or $10 billion worth IT behemoth that was mired in a board-founders battle recently? R Seshasayee is the present chairman of the board of directors. If a news report is to be believed, soon, senior Infosys board members will start quitting the company one by one.

A report on Bloomberg claims, N R Narayana Murthy, who is largest co-founder shareholder with 4.3 per cent stake, is garnering wide support from investors community in their favour to once again rule the roost the IT bellwether. Murthy along with Kris Gopalakrishnan, Nandan Nilkeani, S D Shibulal and others had founded the company in 1980s.

Vishal Sikkal blamed Narayana Murthy for his exit as he resigned as CEO and MD of Infosys on August 18, sending shock waves through out corporate India and triggering a sharp fall in prices of Infosys shares. On Friday itself, Infosys shares tumbled more than 12 per cent that caused the IT giant a loss of Rs 22,000 crore in market capitalisation in a single day.

Murthy coterie, according to report, is also working out ways to replace incumbent Infosys board chairman R Seshasayee with Nandan Nilekani who was CEO and MD from 2002-2007, after that S D Shibulal had taken over the company helms as CEO and MD.

Murthy and group is exerting pressure on other board members also to hang the boots and make room for a fresh board that will have new members with co-founders' backing, the report adds. "The discussions are extremely fluid and the plan may not succeed, the people said, noting that Nilekani, 62, has yet to give his assent for the board coup," report said.

Differences between the founders and the board of directors started surfacing on the ground after Murthy slammed Infosys management for poor corporate governance norms. Murhty had raised in public several questions over Rs 23 crore severance pay given to outgoing chief financial officer Rajiv Bansal.

Amid chaos, some reports have claimed that India's UID man Nandan Nilekani will come back to steer the Infosys away from troubled waters. Some investors including institutional investors have also raised their voice in support of Nilekani.