Jaitley to head panel on HPCL stake sale to ONGC

This will give ONGC an enhanced capacity to bear higher risks, take higher investment decisions. 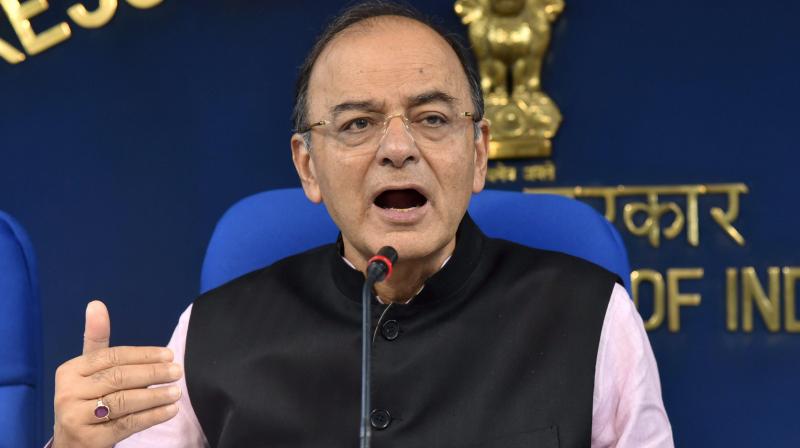 Hindustan Petroleum Corp Ltd (HPCL) will remain a public sector unit with a separate board and brand identity post Oil and Natural Gas Corp (ONGC) acquiring government's entire 51.11 per cent stake, which at current prices is valued at about Rs 28,800 crore.

Making a suo motu statement in the Lok Sabha, he said the Cabinet Committee on Economic Affairs (CCEA) had on July 19 given 'in-principle' approval for strategic sale of the government's existing 51.11 per cent stake in HPCL to ONGC along with the transfer of management control.

"For overseeing this transaction, CCEA approved setting up of an alternative mechanism, headed by Finance Minister, which will help in taking quick decision with regard to the timing, price, terms and conditions and other related issues," he said.

Pradhan and Road Transport and Highways Minister Nitin Gadkari will be part of the ministerial panel. Stating that the merger will be completed within the current fiscal year ending March 31, 2018, Pradhan said valuations and other modalities of the state will be strictly driven by the market regulator SEBI rules. Valuation and transaction advisers will be appointed soon, he said.

"The proposed acquisition in the oil sector, will create a vertically integrated public sector oil major having presence across the entire value chain. This will give ONGC an enhanced capacity to bear higher risks, take higher investment decisions and to neutralise the impact of global crude oil price volatility," he said.

The acquisition of HPCL by ONGC will result in significant synergies in terms of optimisation of logistics costs, R&D activities, economies of scale of purchase of crude oil and optimisation in refinery operations. After the acquisition by ONGC, HPCL will continue to be a central government public sector enterprise.

"It can still maintain its cultural uniqueness and brand identity, distinct from ONGC," Pradhan said. Talking to reporters outside Parliament House, he said the modalities of bringing refining units of MRPL and HPCL under one umbrella would be decided by their respective boards.

"HPCL already has 16.96 per cent in MRPL. So there already is synergy there," he said.

ONGC owns 71.63 per cent of MRPL, a company it had acquired from AV Birla Group in March 2013. HPCL plans to set up a 9 million tonne unit in Rajasthan as well as expand its Vishakhapatnam refinery in Andhra Pradesh. This will take the company to 50 million tonnes-plus category, he said.

For ONGC, the deal will bring to it assurance of market as well as greater capability to bid for not just oil and gas fields but also refinery and downstream projects abroad, he said.

"Previously, the issue was about supply security but the world over market security is being sought," he said, adding that HPCL controls one-fourth of fuel retailing market in India. HPCL as a brand with a separate board and its own identity will continue, he said.