TRAI is drafting a response to Commission's letter dated February 23 on lines that tariff and tariff orders. 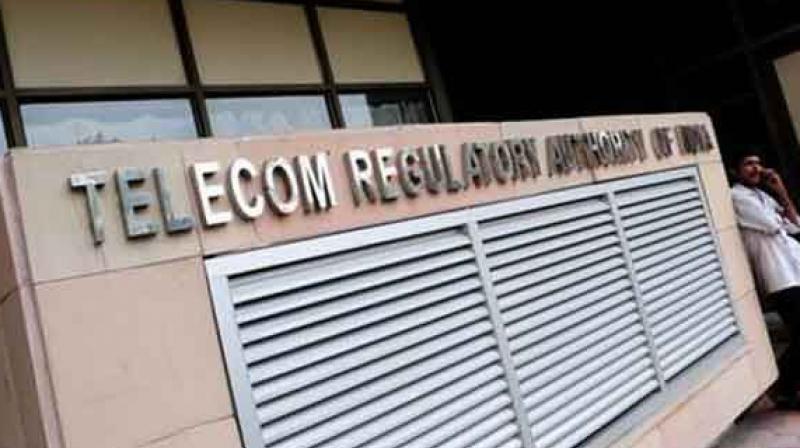 New Delhi: Telecom regulator TRAI has rejected Telecom Commission's contention that free promotional offers allowed by it are responsible for the industry's falling financial health and lower licence fee payments to the government.

TRAI is drafting a response to Telecom Commission's letter dated February 23 on the lines that tariff and tariff orders, solely under the regulator's purview, need to be seen in the broader context of consumer interest.

The telecom regulator is likely to send next week its response to the Telecom Commission, the highest policy making body of the sector. "As per TRAI Act, tariffs are under the purview of TRAI.

If anyone has an objection to tariff orders, they are free to approach the telecom tribunal TDSAT," a TRAI official said. TRAI is also expected to take the line that government's

objective cannot be revenue maximisation. "Higher tariffs can lead to greater accruals for the government from licence fee, but there is social obligation. So, revenue reduction should not been seen with a myopic view, but in the context of larger policy objectives and long-term interest of consumers," the source, who is familiar with the development, said.

Defending its stance on allowing Reliance Jio to extend the promotional offers, the source said, "TRAI had sought Attorney General's opinion on the matter, and the latter has also opined that TRAI was correct in not blocking the offers".

"See how data usage has grown, how user base itself has increased. That also augurs well for the Digital India and the drive towards cashless economy. Further, some of our recommendations, which we believe will grow the sector, are still pending with the government," the source pointed out.

Last month, inter-ministerial body Telecom Commission in a letter to TRAI had warned of a loan default by operators and asked the regulator to revisit its tariff orders and free promotional offers of firms like Reliance Jio.

The then Telecom Secretary J S Deepak, who headed the Telecom Commission, had written to Telecom Regulatory Authority of India Chairman R S Sharma about the "serious impact" of promotional offers on the financial health of the sector and the capability of the companies to meet their contractual commitments, including payment of instalments for spectrum purchased, and repayment of loans.

Days after writing the letter, which found its way into the media, Deepak left for Barcelona to attend the Mobile World Congress (MWC). And while he was in Barcelona, the government issued an order appointing him India's permanent representative to the World Trade Organisation with effect from June 1, 2017 but asked him to immediately move as OSD in the Commerce Ministry.

In the letter, Deepak had reflected TC's concerns over downward trend in government revenue because of "a tariff war in the industry triggered by free promotional offers." Reliance Jio rolled out free voice and data under two promotional offers - Jio Welcome Offer and the Happy New Year offer.

It is expected that this revenue will further decline in Q4 by about 8-10 per cent. The annual spectrum usage charge revenues are also likely to face a similar decline," the TC letter had said.