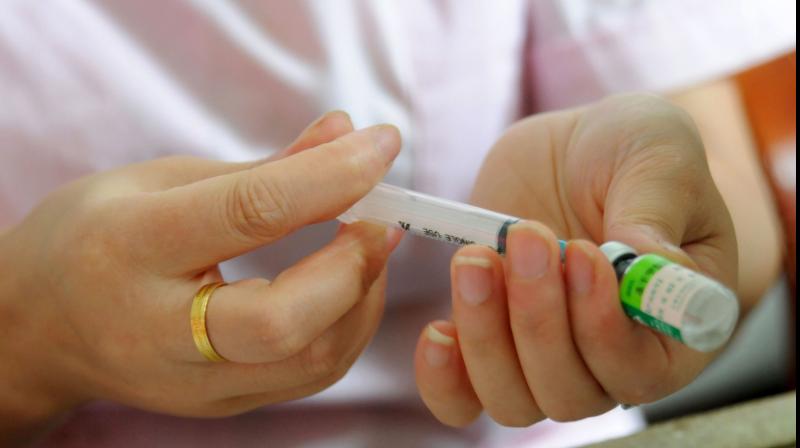 The U.S. government will pay nearly $2 billion to buy enough of a COVID-19 vaccine being developed by Pfizer Inc and German biotech BioNTech SE to innoculate 50 million people if it proves to be safe and effective, the companies said on Wednesday.

The contract for 100 million doses of the vaccine amounts to a $39 price tag for what is likely to be a two-dose course of treatment.

The contract is the most the United States has agreed to spend on a vaccine, although previous deals with other vaccine makers were intended to also help pay for development costs.

Pfizer and BioNTech will not receive any money from the government unless their vaccine succeeds in large clinical trials and can be successfully manufactured, according to a Pfizer spokeswoman.

Under the agreement, the government would also have an option to procure an additional 500 million doses. Pfizer said the price for the additional doses would be negotiated separately if the U.S. orders them.

The vaccine, if successful, will be made available to Americans at no cost, although their health insurance may be charged, the U.S. department of Health and Human Services (HHS) said.

Pfizer Chief Executive Albert Bourla has said the company intends to make a profit on the vaccine. He has also said that spending its own money, rather than government money to develop the vaccine should help speed the process.

Pfizer hopes to start its pivotal late-stage trial of the vaccine as early as next week, pending regulatory approvals, Chief Scientific Officer Mikael Dolsten said in an interview.

“We’re already starting to the process of allocating vaccine vials to a variety of different clinical sites in the U.S. and elsewhere,” Dolsten said. “We’re looking at the map and getting good advice from the CDC. Where do we have the greatest incidence of COVID-19 disease?”

Vaccine trials are more efficient if conducted in areas where high rates of active infection are prevelant.

The vaccine has already shown promise in early-stage small studies in humans, producing the type of neutralizing antibodies needed to fight the virus. In those trials, subjects received two doses of the vaccine.

The Pfizer/BioNTech candidate is one of the most advanced of over 150 vaccines being developed against COVID-19, which has claimed more than 600,000 lives globally and crippled economies.

The vaccine utilizes the chemical messenger RNA to instruct cells to make proteins that mimic the surface of the coronavirus, which the immune system sees as a foreign invader and mounts an attack. Although the technology has been around for years, there has never been an approved messenger RNA (mRNA)vaccine.

The Trump administration has agreed to spend billions of dollars for the development and procurement of potential vaccines under its Operation Warp Speed program.

The aim is to produce vaccines that can end the pandemic by protecting billions of people from infection or severe illness, and governments have signed deals with drugmakers to secure supplies of various candidates. Whether any will succeed remains far from clear.

Other vaccine makers that have signed deals to receive U.S. government funding for their efforts include Moderna Inc, AstraZeneca Plc and Novavax Inc.

Pfizer said it will deliver the doses if the product receives emergency use authorization or U.S. approval as early as October after demonstrating safety and efficacy in a large Phase III clinical trial involving up to 30,000 subjects.

On Monday, the companies agreed to supply the United Kingdom with 30 million doses of the vaccine candidate, but did not disclose a price.