Magicbricks' Q1 revenue up 48 pc at Rs 47.5 cr on revival in housing market

Portal hosted over 1.1 million active properties as on June 30 with over 45,000 properties being added daily. 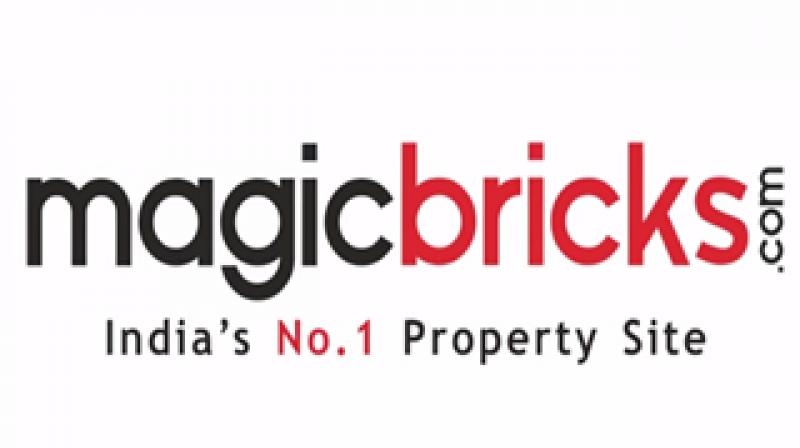 New Delhi: Realty portal Magicbricks' revenues increased 48 per cent to Rs 47.5 crore in the June quarter on the back of improvement in property markets, product innovation and new revenue streams, a top company official said.

Magicbricks is a leading property site in the country with monthly traffic exceeding 20 million visits and an active base of over 1.1 million property listings. It provides a platform for properties' buyers and sellers to connect in a clear and transparent manner.

"We have posted a strong revenue growth of 48 per cent in the first quarter of 2018-19 financial year at Rs 47.5 crore," Magicbricks CEO Sudhir Pai told PTI.

He attributed the rise in revenues mainly to revival in the housing market that has fuelled marketing activities by the developers.

"Moreover, we have introduced many new sales solutions for developers as well as brokers," Pai said.

The company generates revenue from classified business where developers, brokers and individual landlords are the major source, he added. Asked about the revenue outlook for the full 2018-19 fiscal, he said the company has been able to achieve more than 50 per cent growth every year, except during the last two financial years -- 2017-18 and 2016-17.

"This fiscal year, we are hoping to come back to that growth level," he said.

Magicbricks.com is owned by Magicbricks Realty Services, which is a subsidiary of Times Internet, the digital arm of The Times of India Group. Stating that Magicbricks also leads in terms of traffic and registered buyers, Pai said property searches jumped 50 per cent, with cities like Bengaluru, Delhi witnessing a jump in searches by 60-65 per cent.

The company reported that it has achieved a run-rate of 6 crore visits and 25 lakh million registered buyers in the quarter of which 8 lakh buyers registered themselves for home buying, 12 lakh for renting, 2 lakh for commercial properties and the rest between other property types.

Magicbricks had over 45,000 active paid sellers as of end June, of which 2,400 were developers, 14,000 were brokers and the rest 29,000 were paying individual sellers or landlords.

Pai said the success of new products such as the certified agent programme, remarketing solutions, and the e-auction platform have contributed to making Magicbricks as the most preferred channel of advertisements and customer acquisition for developers, brokers and for individual sellers.

To accelerate the growth further, he said the portal would continue aggressive scaling to make itself a dominant, preferred choice for buyers and sellers. The portal would also reposition from being a discovery platform to a full stack solution.

"We are looking at an exciting second quarter as well, which will witness some industry first innovations for both business and customers. We are launching a chat-based communication interface to address privacy concerns of buyers," Pai said.

It would also have the brand store to help aspiring developers, both mid-size and small, to scale up, build brand values and be loved by consumers. Magicbricks would also have video on its portal to simplify real estate for end users.